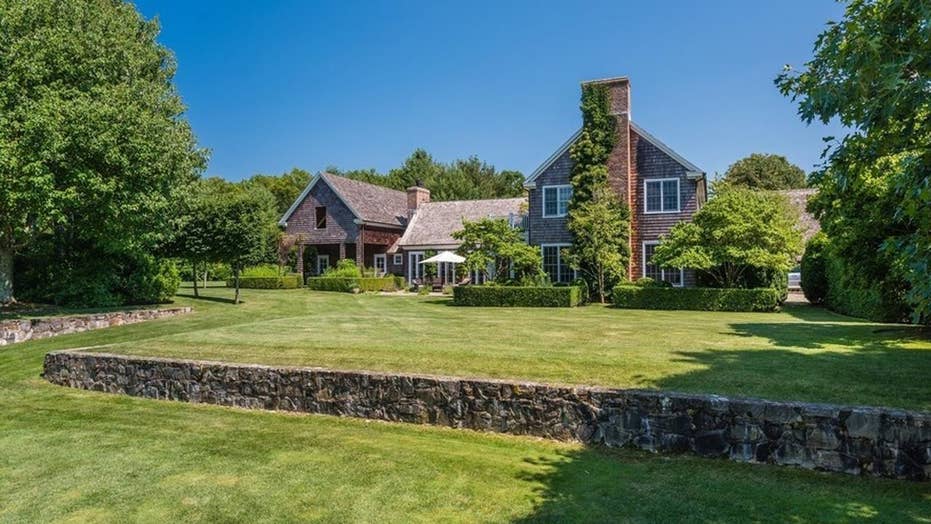 This week we have Matt Lauer’s stunning Hamptons home, a modern bachelor pad in Beverly Hills with some Rat Pack history and a Baltimore property featured on “House of Cards.”

The star of NBC’s “Today” show is once again looking to unload his pricey Hamptons house.

Matt Lauer has been trying to sell his 25-acre estate in the posh Hamptons area of Sag Harbor for nearly a year, cutting the price by $3 million since it first hit the market in July 2016.

The most recent price cut came only a couple days ago, when the home was reduced to $14.9 million, said listing agent Susan Breitenbach of Corcoran.

The private gated grounds include gardens and lawns designed by landscape architect Miranda Brooks. There are plenty of outdoor terraces, living spaces and patios, a heated gunite pool, pool house, wet bar and even a Har-Tru tennis court.

If you want a bit Hollywood royalty with a modern twist, there’s a five-bedroom new construction on the site of Dean Martin’s former Beverly Hills residence that’s just hit the market for $27.95 million.

Martin, a singer best known as a core Rat Pack member, lived on the property from 1988 until his death in 1995 at the age of 78. By coincidence, the star’s former property has come to market the same year he would have turned 100 years old.

The aging estate was bought in  2014 for $3.9 million, property records show, and the brand new home was completed this year.

It includes contemporary luxury amenities that have become staples in modern multimillion-dollar homes, like a Crestron home automation system, an in-house sauna, a screening room and a fully equipped fitness center.

There are high ceilings and glass-lined windows create an easy outdoor-indoor flow.

The home sits on nearly one acre, one of the largest lots in the celebrity-packed neighborhood area of Trousdale Estates. The area has attracted the likes of Jennifer Aniston, Vera Wang and others. A number of Martin’s friends and contemporaries once put down roots in Trousdale, including his longtime pal Frank Sinatra, Elvis Presley and Ray Charles.

“House of Cards” fans will love this 140-year-old Victorian townhouse that was featured in the very first scene of the hit Netflix drama on season one.

The red brick home in the Bolton Hill neighborhood of Baltimore, will be up for auction next month with an opening bid of $500,000.

The four storey house dates back to 1880 and includes four bedrooms, two-and-a-half bathrooms and six fireplaces, some with original Tennessee marble mantles. The home has 12-foot ceilings and a large kitchen that leads out onto a rear patio, according to the listing with Alex Cooper Auctioneers, Inc.

There’s also a rooftop deck and a two-car garage.

The previous owners transformed the property, which was previously used as a three-unit apartment building, into a single-family home. They renovated the entire third floor of the master suite, including a private office and bathroom, the Baltimore Sun reported in an 1998 profile of the property.

The auction will take place at 1 p.m. on July 27 at the residence on Park Avenue.

For more on our Hot House picks and other stunning luxury properties, check out Mansion Global.com.