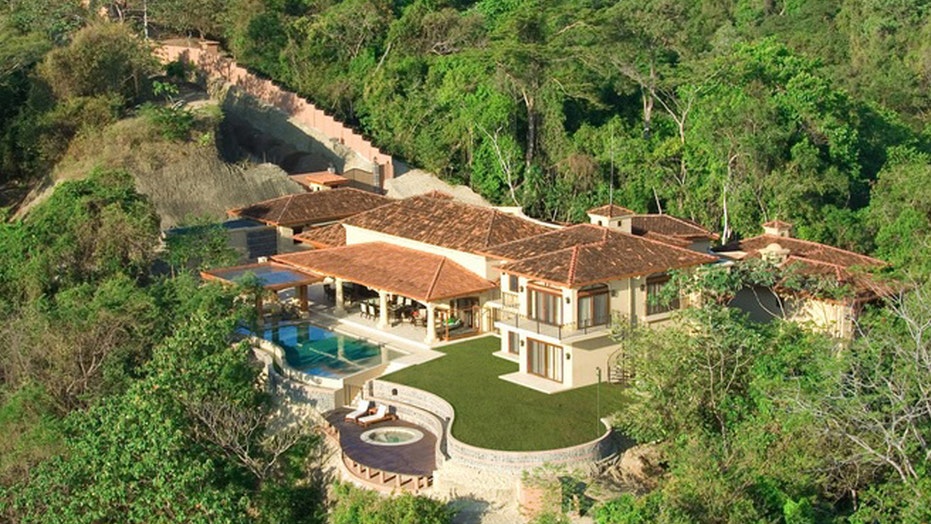 Hot Houses: Luxury in the jungle

This week we have a jungle paradise in Costa Rica, a modern day Quebec castle and a Miami palace in the sky.

Monkeys cavorting on your front porch, your very own suspension bridge and a toucan for an alarm clock? Now that’s what we call a vacation house.

This unique Costa Rican jungle compound near the beach village of Montezuma is hitting the auction block in late January.

There’s no reserve price, but it was previously listed for sale in mid-2015 for $6.5 million.

The wildly luxurious property is home to a Spanish-style main villa, a dramatic cliff-side studio, staff quarters, and a parking area spacious enough for a helicopter to land. Yes, a helicopter.

The 10,600-square-foot main house has six bedrooms, eight bathrooms, a palatial second-floor master suite, a home theater with seating for 12 and and a 1,500-square-foot terrace.

The grounds are more manicured than a 5-star hotel with an infinity pool, swim-up bar that seats 12, an oversized jacuzzi and, of course, stables to accommodate up to four horses.

If the jungle isn’t your thing, you could always live out your fairy tale fantasies in this modern Canadian castle.

The Quebec property includes 24 rooms (with six bedrooms), including an indoor ice rink, a gym, and several game areas.

Best of all, you never have to lift a finger. The entire home is equipped with state-of-the-art technology including fingerprint lock systems and full media controls from the touch of a phone.

There are four full bathrooms and two partial bathrooms, an eight-car garage, a pool, a hot tub, and sports courts.

Feeling lazy? An elevator will take you to all four floors.

The property also has its own water purification system, but more importantly, it has its very own indoor waterfall.

The 10,118-square-foot mansion in the sky includes five bedrooms, eight-and-a-half bathrooms, two staff rooms and spacious living and dining rooms, according to Terra, the developer of the project.

There’s plenty of outdoor space too. This is Miami after all. Relax on your private 2,000-square-foot private rooftop deck with garden space and a private pool. There’s also a separate 2,500-square-foot terrace on the main level.

The home offers panoramic vistas of Biscayne Bay and 360-degree views of Miami.

Other amenities in the building include a five-star spa and fitness center, 24-hour concierge and butler service and a pet spa.