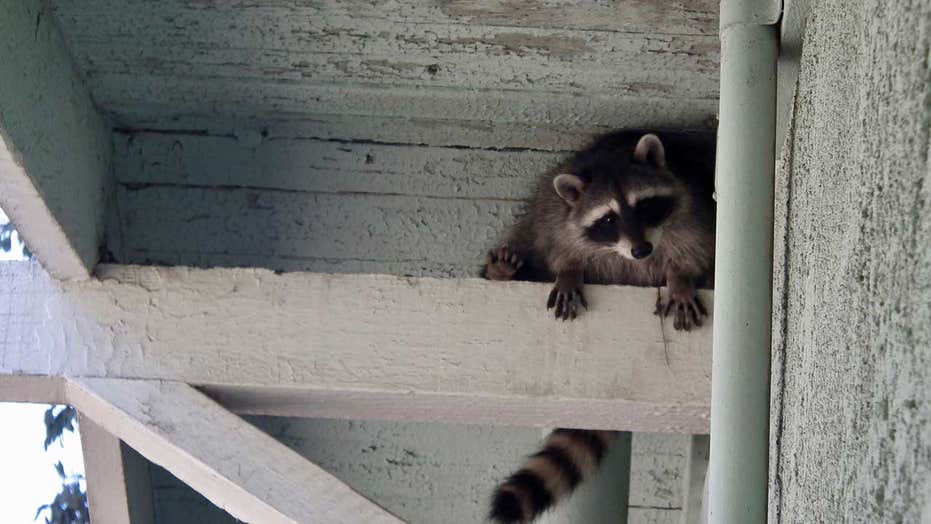 A Houston real estate agent hired two fitness models to pose half-naked in a hard-to-sell home to create some buzz.

Home inspectors go where none of us particularly want to go, into all the nooks and crannies around our homes, both inside and out. So you can bet that they've seen it all. You know — all that stuff that you don't want to think about happening in those dark and creepy spaces.

Wait, actually we do want to know. So we asked home inspectors who have been in the biz for a long time — and boy, did they deliver, with stories ranging from downright weird to Stephen King–level horror.

Check out some of the crazy things these home inspectors have witnessed. It's all in a day's work.

It's a zoo in there

“Some of the nastiest stuff we find is animals — dead ones in attics or crawl spaces, which are always disgusting, and live ones, which are always scary,” says Reuben Saltzman, president of Structure Tech Home Inspections in Minneapolis. “In Minnesota, we usually find raccoons and squirrels, and inspectors in the Southern part of the country find a lot worse.”

Finding a live animal is much scarier than finding a dead animal — but both are equally unwelcome, says a home inspector. (iStock)

There have been drowned frogs under water heaters, cooked mice in furnaces, frozen porcupines in crawl spaces, and dead fish on a roof. Was it a bird that somehow dumped it there, or something weirder, Saltzman wonders?

“We’ve also found wasps' nests the size of basketballs inside of attics, and in the basement at the ceiling rim joist, and homeowners who didn’t know they had wasps,” Saltzman adds.

Bruce Barker, founder and president of Dream Home Consultants, in Cary, N.C., has collected close to 6,000 photos documenting things like fried lizards and mice inside electrical panels, snakes in basements and crawl spaces, and even a black widow spider.

“We’ve found termite tubes hanging down from the ceiling. Termites need soil to travel and live, so they build tubes out of mud," he explains. "It looked like there were stalactites hanging down.”

Then, of course, there’s the mass quantities of bird poop, which is nasty, toxic stuff.

“One of the craziest things that I've ever seen was a boat trailer being used as the foundation for a home,” Saltzman recalls.

“In the crawl space, I saw a tire half-embedded in concrete. I had to stare at it for a little while to figure out what I was looking at," he says. "And I realized the whole addition was built on top of a trailer.”

Sometimes projects are half-finished, or half-baked, like a deck being held up by a single, wobbly post.

“This puts the ‘can’t’ in ‘cantilever,’” Saltzman quips about one memorable run-in with a doomed deck.

Saltzman frequently discovers homeowners have tried to fix leaky plumbing with whatever materials they have on hand. Contrary to popular belief, duct tape does not, in fact, fix leaky pipes, shower wall tiles, or drains, he says.

“People will use caulk, radiator hoses, hose clamps, vice grips — just the craziest stuff — to keep water from coming out of a place where it shouldn't,” he says.

“People will use caulk, radiator hoses, hose clamps, vice grips — just the craziest stuff — to keep water from coming out of a place where it shouldn't,” says Reuben Saltzman, president of Structure Tech Home Inspections in Minneapolis (iStock)

Perhaps the most alarming things home inspectors come across involve electrical systems and outlets in a home, Barker says.

“I’ve seen people not putting the wire connections in boxes, and just leaving them hanging out. If I had a dollar for every one of those, I wouldn’t have to crawl through crawl spaces anymore,” he says, noting that this is a major fire hazard.

Also in the "What were they thinking?!" department: Another home featured rows of Christmas lights strung directly over a pool. When the water fountain feature is activated, the swimmers beneath could get seriously injured from electrocution.

What could go wrong? (iStock)

For three more of the most questionable practices these home inspectors have ever seen, continue reading the original article, "Home Inspectors Tell All: Strange but True Tales From the Trenches," at Realtor.com.