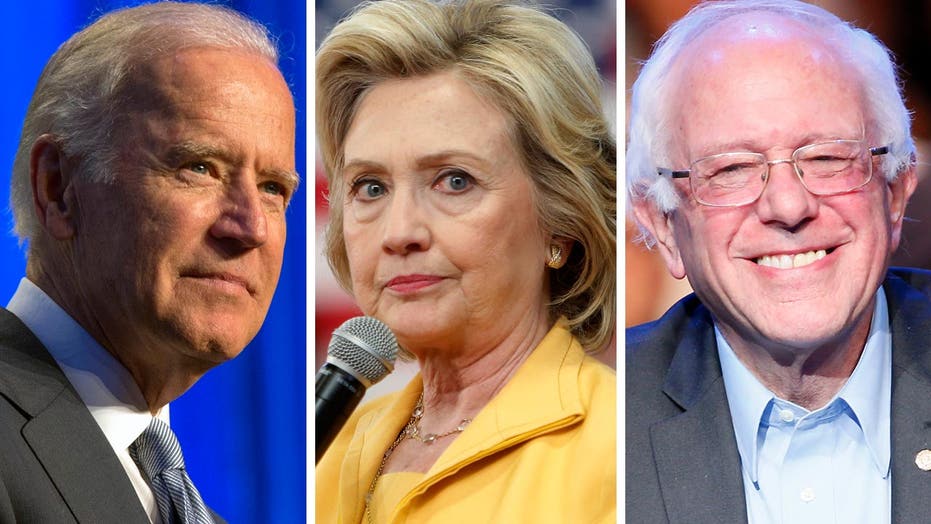 EXETER, N.H. – Panic among some Democrats about Hillary Clinton running into trouble with Bernie Sanders is spreading so rapidly  that the idea of drafting Vice President Joe Biden is popping up yet again.

Fox News has learned that  a prominent backer of the "Draft Biden 2016" movement, Tulsa businessman Bill Bartmann, fired off an email Friday afternoon to several dozen Democratic allies musing about the possibility of reviving the push for Biden.

"I would urge all of you to join me in 'keeping our powder dry' until we see if for the good of the party and the country, we should resurrect (sic) the Draft Biden movement," Bartmann wrote to fellow Democrats who had been involved in trying to draft Biden last year.

"We cannot afford to lose the White House.”

In his email, Bartmann specifically cited as an impetus for his concern a new national poll showing a steep dive for Clinton, who just barely beat Sanders in Iowa and now trails him by double digits here in New Hampshire.

A new poll by Quinnipiac found that nationally, Clinton is only up two points, 44 percent to 42 percent, after leading the Democratic Socialist senator in the same poll by 31 points back in December.

Aides to Clinton have discounted the accuracy of the Quinnipiac poll, and have been saying in recent days that they are very comfortable in believing the race will settle down as contests move South beyond Iowa and New Hampshire, and the former secretary of state is able to show off her advantage with African-American voters.

The Draft Biden 2016 movement gained steam for several months last year, but then disbanded in the fall after the vice president mulled a presidential bid and then ultimately decided against it.

There is absolutely no evidence that Biden is re-thinking his decision to skip the race, though in January he said he was sorry that he had not launched a bid.

"I regret it every day, but it was the right decision for my family and for me, and I plan on staying deeply involved," Biden told NBC affiliate WVIT in Hartford, Conn.

Bartmann is the founder and CEO of CFS2, Inc., a consumer financial recovery company. He originally contributed to the Ready for Hillary PAC and then soured on Clinton, urging Biden to run.

"Instead of being Ready for Hillary, we're waiting for Joe," Bartmann told The Wall Street Journal back in October.

On Friday, Bartmann did not return a call and email seeking comment from Fox about his email.