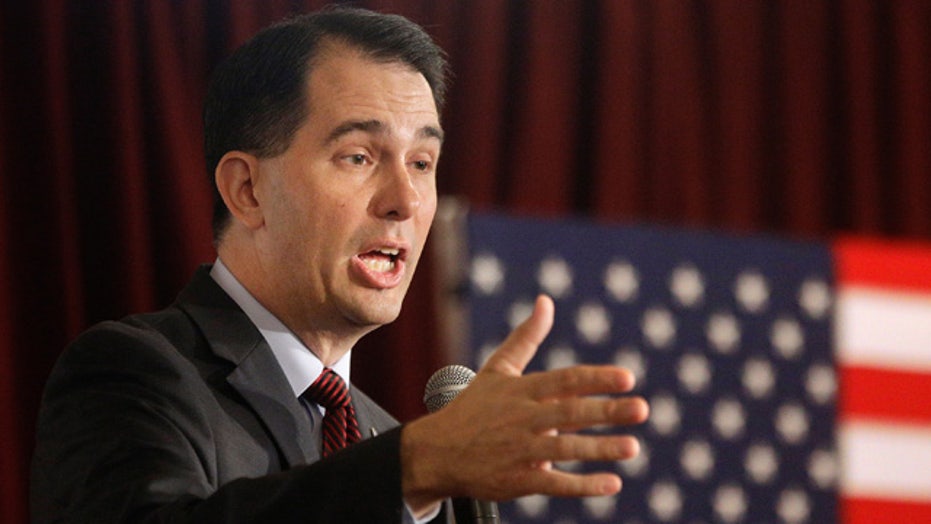 Jeanne Zaino and T.J. McCormack on whether the Wisconsin governor can rebound with primary voters

Republican presidential candidate Scott Walker, who has recently dropped in the polls after a much-anticipated start, has dropped out of an upcoming event with the California GOP party.

The Walker campaign said Friday night that the Wisconsin governor cannot attend the state Republican Party’s Saturday night event because of a scheduling conflict but that he hopes to get back to California soon.

However, the campaign said that Walker has also cancelled an event Friday night in Michigan so he can campaign in early-voting states Iowa and South Carolina.

Walker entered the White House race in mid-July touting his experience running a state government (a familiar theme for governors seeking the White House) and as a bona fide conservative capable of taking on and defeating powerful, public sector labor unions.

He entered the race at 11 percent, about 5 percentage points below his high mark of 16 percent in April.

Walker is now at 5 percent, according to an averaging of polls by the non-partisan website RealClearPolitics.com. And a Quinnipiac University poll released Friday shows him at 3 percent among likely caucus-goers in Iowa, which in February becomes the first state to vote in the presidential primary.

A low finish in either or both Iowa or South Carolina, the third state to vote, frequently results in donors pulling out of campaigns, forcing them to end. New Hampshire votes second.

Walker was scheduled to speak at a California Republican convention in Anaheim, as reported first by The Los Angeles Times.

Both have qualified for CNN’s main GOP primary debate Wednesday at the Reagan Presidential Library in Simi Valley, Calif.

However, they, like most others in the crowded GOP field, have struggled to connect with voters amid the unexpected run by leading candidate Donald Trump.

The Michigan event that Walker will no longer attend is the Mackinac Republican Leadership Conference.