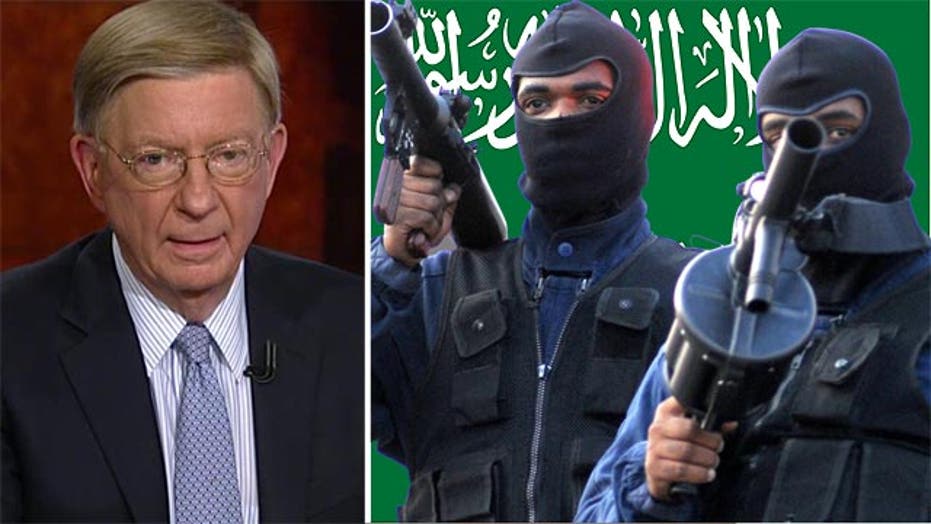 VIDEO: Will on Saudi airstrikes

Syndicated columnist and Fox News contributor George Will said Thursday on “Special Report with Bret Baier” that Saudi Arabia's military strikes against the Houthi rebels in Yemen were a positive development. "The good news is the Saudis are actually acting. And although people are saying 'well geez they didn't even tell us they were going to do it,' that's also a good sign."

Will also said that countries in the Middle East should take on their own enemies, "It's time they step up and do it. We're giving them logistical, intelligence and air support, that's fine. But it's up to them to do the rest."

The syndicated columnist also countered Obama's critics who blame the chaos in Yemen as a result of the administration leading from behind, "They're perfectly capable of making a sovereign mess of things on their own. A witty political scientist diagnose what he's called narcissistic policy disorder which is a belief that everything in the world is somehow is explainable by something we did or failed to do and I don't think that's right."