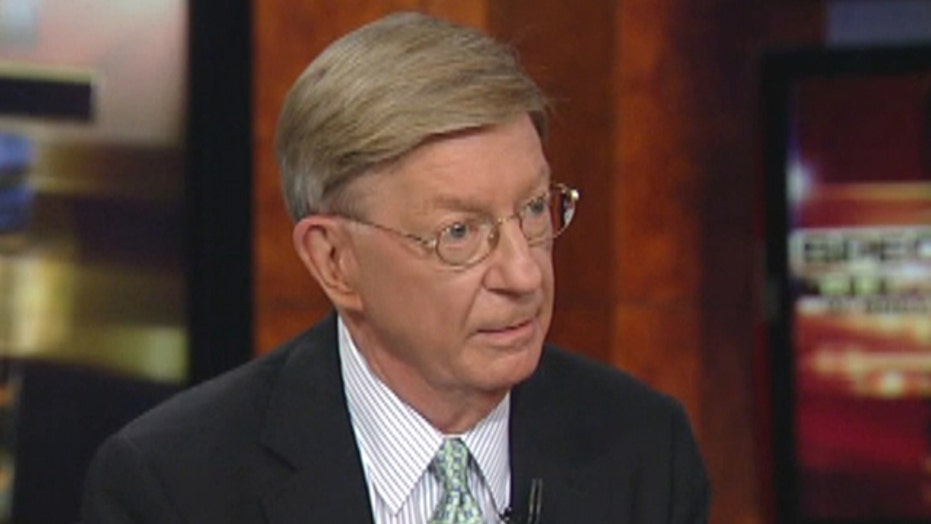 George Will told viewers Friday on “Special Report with Bret Baier” that “if what General Dempsey, the chairman of the Joint Chiefs of Staff is saying, either is U.S. policy, or foreshadows U.S. policy, then I think it's fair to say we have begun the third Iraq war.”

On Thursday, Dempsey used ominous terms to describe the threat posed by ISIS in Iraq, calling it “an organization that has an apocalyptic, end-of- days strategic vision.” Asked if it could be defeated in Iraq without crossing the border into Syria, he said bluntly, “The answer is no. That will have to be addressed on both sides of what is essentially at this point a nonexistent border.”

Will, a syndicated columnist and Fox News contributor, said Dempsey’s comments paint a clear picture of what the threat of the Islamic State, also referred to as ISIS and ISIL, means to U.S. interests in the region. “The general says that ISIS can neither be contained, nor deterred,” he said. “Second, it cannot be dealt with without dealing with those parts of it that operate in and out of Syria. And third, air power can only play a small part in this.”

On Friday, Deputy National Security Adviser Ben Rhodes told reporters that the execution of American journalist James Foley represented a “terrorist attack against our country” and “we certainly agree that any strategy to deal with the ISIL organization has to deal with both sides of the border -- Iraq and Syria.”

Will noted that Dempsey’s words suggest the United States may face limited options in the region. “This is not your average neighborhood terrorist group,” he said. “That indicates that the United States has designated this as a threat, that is grave to this country and cannot reasonably be handled by our partners on the ground, the Iraqi army such as it is, and the Kurds, even though they are valiant and competent.”