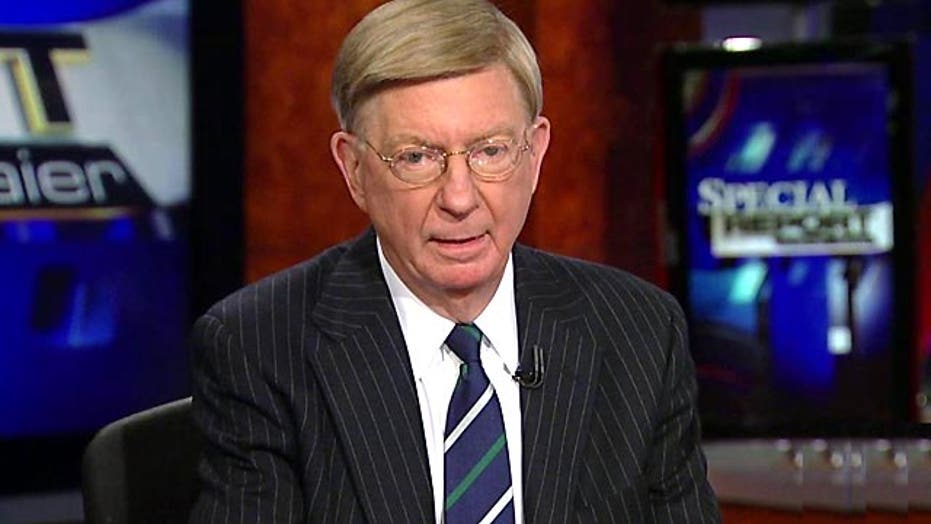 George Will said Tuesday on "Special Report with Bret Baier" that the CIA interrogation techniques detailed in a report by the Senate intelligence committee were "not worthy" of American society.

The report, which was released Tuesday, shed light on the CIA's interrogation of detainees suspected of terrorist activity, and included reports of waterboarding, sleep deprivation, and chaining prisoners inside prison cells.

Will, a syndicated columnist and a Fox News contributor, acknowledged that those in power after the Sept. 11 attacks had "awful decisions to make in an awfully short time frame."

"But, A, we reflect on our actions over the years, and, B, there is such a thing as what the Supreme Court has called the evolving standards of decency that characterize a maturing society," he said. "And we've looked at these, and I think we've decided this is not worthy."

Will noted that Americans considered waterboarding, one of the techniques detailed in the report, a form of torture when it was used against U.S. troops.

"It's one thing to expose, for very good reasons as a training technique, our own people to this on a limited basis, that they know is limited, and it's going to end," he said. "It becomes torture when there's no end in sight."

"(Sen.) John McCain thinks it's torture," he added, "and he's an expert on the subject."