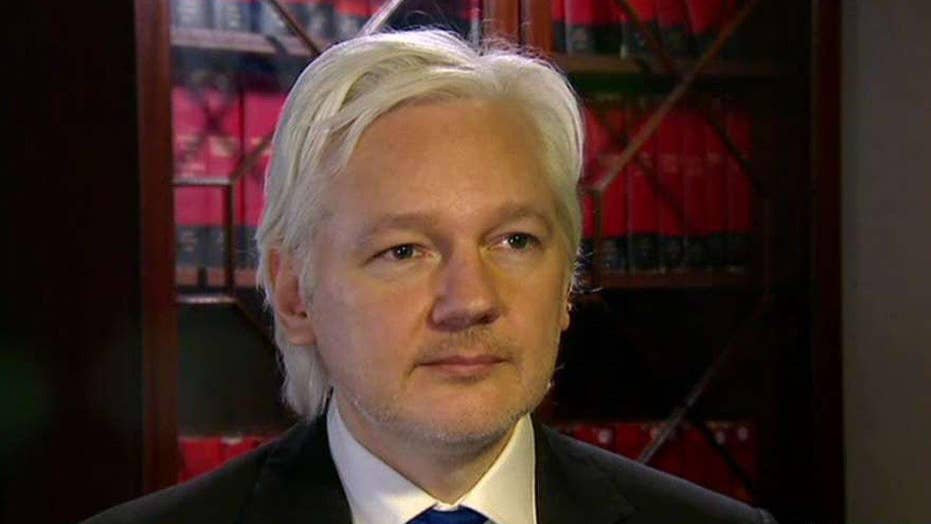 Julian Assange: Our source is not the Russian government

WikiLeaks founder speaks out in an exclusive 'Hannity' interview

WikiLeaks didn’t waste any time getting to work in the New Year.

The anti-secrecy website on Tuesday issued a call for any information about those connected to the outgoing Obama administration destroying records – and offered a huge cash payment as incentive.

“We are issuing a US$20,000 reward for information leading to the arrest or exposure of any Obama admin agent destroying significant records,” the organization tweeted above an image of a “Wanted” sign.

We are issuing a US$20,000 reward for information leading to the arrest or exposure of any Obama admin agent destroying significant records. pic.twitter.com/kRRP246uGo

The appeal for any evidence mirrored a previous plea from the website in August for information leading to the “conviction” of whoever killed Democratic National Committee staffer Seth Rich in July. The website promised $20,000 for the information. Rich, the victim of an apparent robbery, is thought by some to have been a whistle-blower. WikiLeaks head Julian Assange, though not admitting Rich leaked any material to the website, hasn’t disputed the notion, either.

ASSANGE: A KID COULD HAVE HACKED PODESTA EMAILS

In a Monday tweet, WikiLeaks also promised to pump up its output in 2017 – after rocking the 2016 presidential race by posting 50,000+ emails from Hillary Clinton campaign chairman John Podesta. The messages, published in batches throughout October, showed a cozy relationship with some journalists, pointed to discord and possible impropriety within the Clinton organization and indicated she had received several primary debate questions in advance.

If you thought 2016 was a big WikiLeaks year 2017 will blow you away. Help @WikiLeaks prepare for the showdown: https://t.co/MsNZhrTzTL pic.twitter.com/wzhFiKjNGI

“If you thought 2016 was a big WikiLeaks year 2017 will blow you away. Help @WikilLeaks prepare for the showdown: shop.wikileaks.org/donate,” the site tweeted above a .gif from Clint Eastwood western “The Good, The Bad and The Ugly.”

Though not their doing, WikiLeaks on Wednesday also tweeted a link to a State Department release of 371 new Clinton emails that were posted as the result of litigation.

Many of the new emails deal with the drudgery of the early days of Clinton’s tenure as secretary of State.

She often emails her daughter, Chelsea Clinton, who uses an alias that was exposed in the Podesta leak.

“I am in the most deadly dull dinner ever—the G-8 dinner and hoping it ends at desert,” Clinton wrote on Sept. 24, 2009. “So many bizarre events converge at the UN but the Khadaffi speech heads the list.”

In another email to Chelsea, Clinton bemoans having to deal with North Korea’s missile ambitions.

“I’m off to Yale after spending the morning dealing w N Korea’s missile and explosive tests,” Clinton wrote on May 25, 2009. “Wish I weren’t but sigh…”

The end of that email was redacted by the State Department.