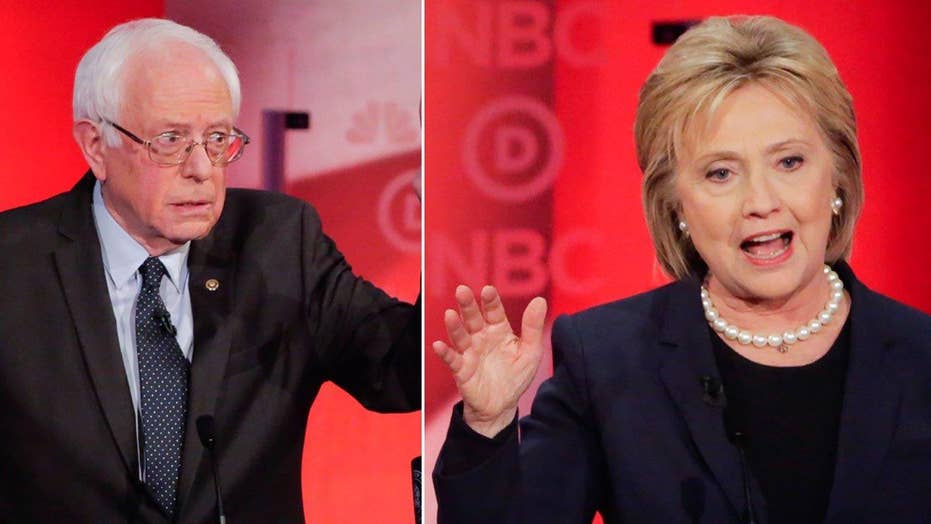 But she shouldn’t have been on that stage as a moderator, sitting next to Chuck Todd, NBC’s political director and moderator of “Meet the Press.”

This is not a knock on Maddow as a commentator. She is smart and passionate, a Rhodes scholar with a deep knowledge of the issues. She did not roll over for Clinton during a recent interview on her prime-time show.

But she is an unabashedly liberal commentator who rips the Republicans every night on her program. She should not have been put in that position.

This is especially true because MSNBC has aggressively been trying to shed its left-wing label and rebrand itself as a news network. Brian Williams is now a regular presence as a breaking-news anchor. Liberal hosts who once populated the daytime hours, such as Ed Schultz, Ronan Farrow, Joy Reid and Alex Wagner, have lost their programs. Al Sharpton was shifted to early Sunday morning. Todd was brought back for a daily show. The liberals are now restricted to the evening hours.

Maddow’s questions, which often were framed from the left, were well phrased but invariably ended with a polite query. Perhaps that’s just her style.

She started one question to Sanders by saying that Barry Goldwater in 1964 and George McGovern in 1972 were out of their parties’ mainstream and got clobbered. But rather than asking whether Sanders, too, is out of the mainstream, Maddow said: “Do you have a general election strategy that is different than the way you're running right now to try to get the nomination?”

Maddow was a bit more pointed in asking about Clinton’s corporate speaking fees, but again softened the final sentence:

“On the issue of Wall Street, when our reporters go out and talk to people on the ground in the early states, what they tell us over and over again when they find voters who are leaning toward Senator Sanders rather than yourself is that the most frequent area of concern that they hear from those voters is the issue of Wall Street and whether or not you are too close to Wall Street.

“Last night, when you were asked about speaking fees and the amount of speaking fees you got from Goldman Sachs speeches, you said that's what they offered. Have you been too dismissive of voters' concerns about this issue in your own campaign and your own career?”

“Secretary Clinton, your campaign surrogates, and people who have endorsed you, have suggested that or even said that if Senator Sanders is the nominee, that Democrats will suffer nationwide and the chances will go down of Democrats holding onto the White House.  With him here standing next to you, can you tell us whether or not you believe he would win the general election if he were nominated?”

Such language enabled the two candidates to easily sidestep the questions. Maddow rarely followed up, as Todd did in pressing Clinton about the email scandal. At times this approach worked well, as the two Democrats hammered each other without interruption. At other times, it enabled them to deliver lengthy talking points.

Imagine the reaction on the left if the Fox News moderators at a debate were Bret Baier and Sean Hannity, an unabashed conservative. The criticism of Fox for fielding such a team would have been intense.

Rachel Maddow handled herself professionally in New Hampshire, which is no surprise. What’s surprising is that her network saw fit to cast her in the role of unbiased journalist.