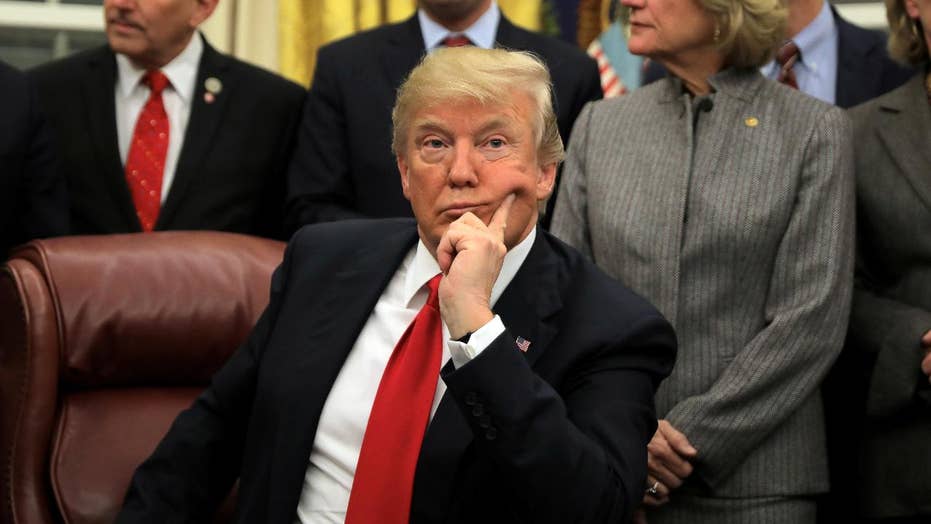 Presidential physicals: What they really tell us

President Donald Trump, 71, is scheduled to undergo a physical examination. Here’s what we know about these presidential health tests.

President Trump is in "excellent health," the White House doctor said Friday after the president underwent his first medical checkup since becoming president.

Jackson added that "the president is in excellent health and I look forward to briefing some of the details on Tuesday."

The president's physical examination came amid suggestions in a recent book and by his detractors that he's mentally unfit.

Trump himself has pushed back hard against any suggestion that he's mentally unfit, this week declaring himself "a very stable genius."

While the exams are not mandatory, modern presidents typically undergo them regularly and release a doctor's report declaring they are "fit for duty."

Two months before the November 2016 election, Trump released a five-paragraph letter from his longtime physician, Dr. Harold Bornstein, who concluded that Trump was "in excellent physical health."

A year earlier, Bornstein said in a December 2015 letter, "If elected, Mr. Trump, I can state unequivocally, will be the healthiest individual ever elected to the presidency."

Jackson, Trump's physician, is a Navy rear admiral who was the emergency medicine doctor for a shock trauma platoon in Taqaddum, Iraq, during Operation Iraqi Freedom, according to his Navy bio. He also provided care for President Barack Obama and became a White House physician in 2006.