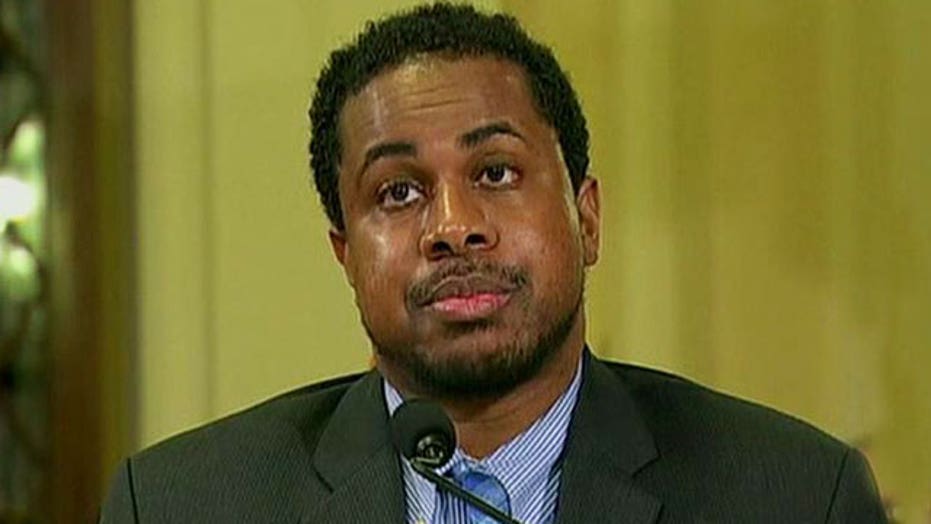 Four VA whistleblowers told House lawmakers in a hearing Tuesday night that they were harassed, were placed on leave and encountered other forms of retaliation when they attempted to report wrongdoing in the agency.

Their testimony came as a federal investigative agency said it was examining 67 claims of retaliation by supervisors at the department against employees who filed whistleblower complaints -- including 25 complaints filed since June 1 -- after a growing health care scandal involving long patient waits and falsified records became public.

The independent Office of Special Counsel said 30 of the complaints about retaliation have passed the initial review stage and were being further investigated for corrective action and possible discipline against VA supervisors and other executives. The complaints were filed in 28 states at 45 facilities, Special Counsel Carolyn Lerner said.

Lerner said her office has been able to block disciplinary actions against several VA employees who reported wrongdoing, including one who reported a possible crime at a VA facility in New York.

The counsel's office also reversed a suspension for a VA employee in Hawaii who reported seeing an elderly patient being improperly restrained in a wheelchair. The whistleblower was granted full back pay and an unspecified monetary award, and the official who retaliated against the worker was suspended, Lerner said.

Instead of using information provided by whistleblowers as an early warning system, the VA often "has ignored or attempted to minimize problems, allowing serious issues to fester and grow," Lerner told the House Veterans' Affairs Committee hearing. Worse, officials have retaliated against whistleblowers instead of investigating their complaints, she said.

The whistleblowers who testified said that retaliation for reporting misconduct was widespread at the VA.

Scott Davis, a program specialist at the VA's Health Eligibility Center in Atlanta, said he was placed on involuntary leave after reporting that officials were "wasting millions of dollars" on a direct mail marketing campaign to promote ObamaCare. Davis also reported the possible purging and deleting of at least 10,000 veterans' health records at the Atlanta center, and said more records and documents could be deleted or manipulated to mask a major backlog and mismanagement.

Davis also charged that after he filed a complaint directly to White House Deputy Chief of Staff Rob Nabors, it was leaked to his manager and he was subsequently subjected to “harassment.”

Another witness, Dr. Christian Head, works in the Legal and Quality Assurance department of the Greater Los Angeles VA Health Care System. Head said at one point, he was charged with investigating allegations of time card fraud. After reporting his findings, he said he was humiliated in front of hundreds of employees and labeled a “rat.”

“Retaliation culture is a cancer to the VA,” he said.

Meanwhile, a doctor at the Phoenix veterans hospital said she was harassed and humiliated after complaining about problems at the hospital, where dozens of veterans died while on waiting lists for appointments.

Dr. Katherine Mitchell said the hospital's emergency room was severely understaffed and could not keep up with "the dangerous flood of patients" there. Mitchell, a former co-director of the Phoenix VA hospital's ER, said in testimony prepared for the House committee that strokes, heart attacks, internal head bleeding and other serious medical problems were missed by staffers "overwhelmed by the glut of patients." Her complaints about staffing problems were ignored, Mitchell said, and she was transferred, suspended and reprimanded.

"It is a bitter irony that our VA cannot guarantee high-quality health care in the middle of cosmopolitan Phoenix" to veterans who survived wars in Iraq, Afghanistan, Vietnam and Korea, she said.

When asked by lawmakers what could be done to change the culture of retaliation, the whistleblowers said more protections needed to be put in place to ensure whistleblowers will not be intimidated to come forward. They also said the VA needs to have more integrity among its leadership.

Rep. Jeff Miller, R-Fla., chairman of the House veterans panel, praised Mitchell and other whistleblowers for coming forward, despite threats of retaliation that included involuntary transfers and suspensions.

"Unlike their supervisors, these whistleblowers have put the interests of veterans before their own," Miller said. "They understand that metrics and measurements mean nothing without personal responsibility."

The testimony prompted an apology from James Tuchschmidt, the No. 2 official at the Veterans Health Administration, the VA's health care arm.

"I apologize to everyone whose voice has been stifled," Tuchschmidt said. "That's not what I stand for. I'm very disillusioned and sickened by all of this."