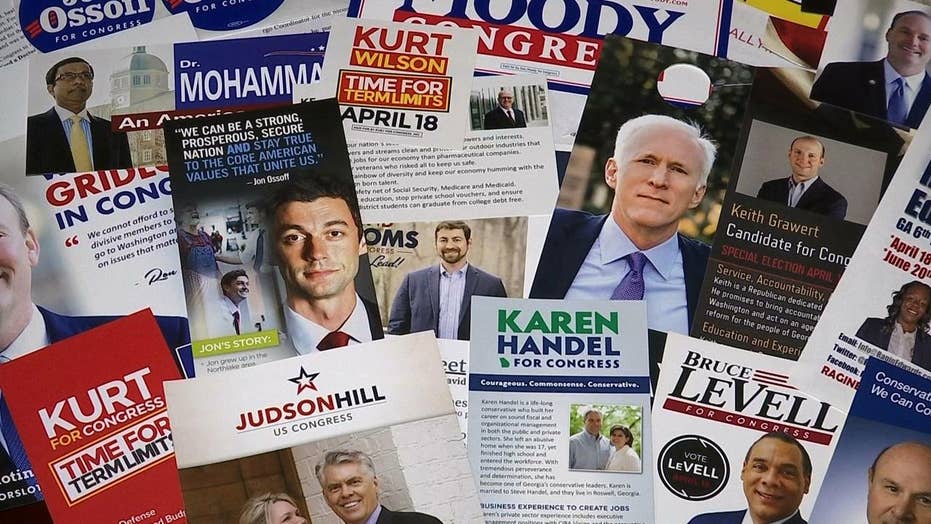 What you need to know: Georgia 6th

All eyes are on Georgia's 6th District Tuesday as Democrats look for an upset in a historically Republican seat -- in an effort to make an anti-Trump statement, and one of the first pushes to reclaim the House majority in 2018.

The special election for the seat in Georgia’s 6th was vacated when President Trump named then-Rep. Tom Price as his Health and Human Services secretary. The race is drawing significant attention across the nation -- the #Flipthe6th hashtag is even trending on social media.

There are 18 candidates vying for Price’s vacant seat.

?  5 Democrats—For the Democrats, it seems there is only one likely candidate, and that’s 30-year-old Jon Ossoff, a former congressional staffer who has drawn a buzz to his millennial candidacy, and has a strong backing from Rep. John Lewis, D-Ga.

?  A primary election of this kind is also known as a “jungle primary,” meaning that all candidates run in the same primary, regardless of their political party or affiliation.

? The winner must get more than 50 percent of the vote.

? Georgia law states that if no one receives a majority of the vote in the April 18 all-party primary, the top two finishers, regardless of their party, will advance to a June 20 runoff.

?  The district is historically Republican – Price never won less than 60 percent of the vote in his seven general election victories.

?  The highly sought-after seat was once held by former House Speaker Newt Gingrich.

?  According to the Census Bureau, the 6th District is almost 70 percent white, and wealthy, with a median household income of $83,800.

?  The race in the 6th District has drawn more cash from across the nation than usual.

?  As of March 29, Ossoff had raised $8.3 million and spent $6.1 million—more than double the highest amount spent by Price in any of his elections there.

?  Samuel L. Jackson came out in support of the Democrats with a radio ad. Jackson's ad doesn't name Ossoff, but it is aimed to send a message to Trump:  “Remember what happened the last time people stayed home: we got stuck with Trump,” he says.

?  National Republican groups have dumped almost $4 million into the race to try to defeat Ossoff.