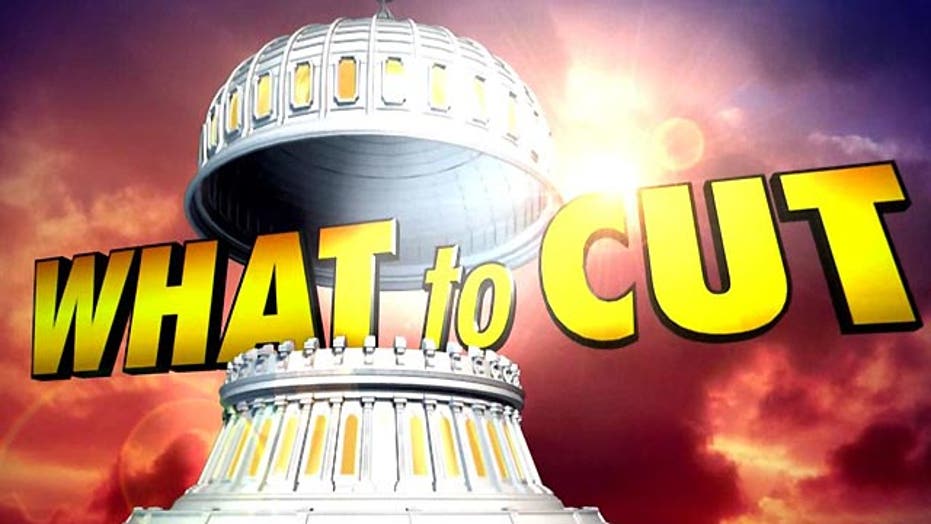 What government could and should cut

What's essential and what's not?

On Oct 17, the day after the partial government shutdown ended, President Obama offered what he called, "a simple message" to federal workers who worked without pay or were furloughed during that period. "Thanks for your service. Welcome back. What you do is important. It matters," he said.

His kind words stood in stark contrast to the apparent indifference of the American public captured in a Fox News Poll taken after the partial shutdown ended. Asked, "Were you or was anyone in your family significantly affected by the federal government shutdown?" -- 73 percent of respondents said no. Only 25 percent said yes.

Another poll, done by the Associated Press in the eighth day of the partial shutdown mirrored the Fox News Poll results. It found four out of five American households were unaffected by the shutdown.

"The government is too big, it's grown too fast. It doesn't do anything well," said Tom Schatz of Citizens Against Government Waste. "That's the basis for a poll that shows four out of five people had no reason to think the shutdown affected them. In most cases, showing up and doing a job is enough to get a bonus in the federal government."

Critics argue the number of federal workers deemed "non-essential" across many agencies during the partial shutdown suggests there's plenty of fat to trim, especially given that many of the federal government's key functions are automated.

"Unlike local government which have a lot of useful services like fire and police and K-12 schools, the federal government is just like a giant cash transfer machine. It taxes people, then computers send the checks out the door to programs like Social Security and Medicare," said Chris Edwards, editor of Downsizing.Org at the Cato Institute.

The Department of Agriculture is fairly typical of most agencies in its sometimes incongruous responsibilities and huge -- some say too huge --  workforce. It employs roughly 99,000 people to service the roughly 1.4 million Americans employed in farming.

Schatz illustrates that close ratio of federal worker to farmer with a bit of dark humor. "There’s an old joke -- an agriculture employee walks into a colleagues office and says, 'What's the matter?' He says, 'I'm really upset, my farmer died.'"

“It's not quite a one-to-one ratio of employees at the Agriculture Department  to farmers," said Schatz. "But it is  still a much larger operation than it needs to be."

Under the umbrella of the Agriculture Department lies the Forest Service, school nutrition programs, food stamp programs, animal and plant inspection, meat and poultry inspection, the rural development office, and many other services -- many of which, critics say, could easily be privatized.

There's also an array of outdated subsidy and price support programs for dairy, sugar and ethanol that intentionally raise the price of any number of foods you buy at the grocery.

Ethanol, in particular, diverts tremendous quantities of corn that would otherwise be used for food, for use as fuel. Additionally, an increasing body of evidence suggests that ethanol is less efficient and more polluting than what it replaced.  "Ethanol affects a very small group of companies that have a very powerful impact on Congress, similar to the dairy  program...   a small group of companies and co-ops that have a disproportionate impact on how agriculture policy is formed," said Schatz.

The Agriculture Department's reach even extends abroad, and sometimes has nothing to do with American exports or interests. "The International Cotton Council has spent millions of dollars to India over the past ten years, and India has, in turn, run ads promoting the sale of cotton. Not U.S. cotton, just cotton. India is a net exporter of cotton , yet federal  taxpayers in the U.S. are sending money to India  to promote the sale of Indian cotton, " Schatz said.

One of the few senators who actively pursues oversight of federal government waste and duplication is Sen. Tom Coburn, R-Okla. On Oct. 8, while much of Congress was bickering over the government shutdown, Coburn was speaking from the Senate floor about government waste.

"Most Americans know we're not efficient. They understand that we're not doing a good job spending their money, but they have no idea how bad it really is," he said.