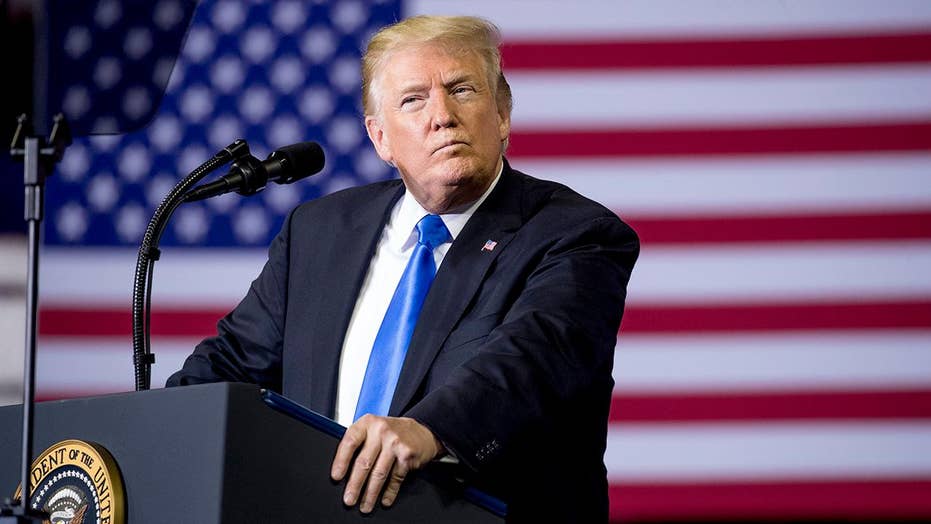 GOP focus on 'civility' in politics ahead of midterms; insight on 'America's News HQ.'

Republicans hold a narrow majority in the Senate and can’t afford to give up too many Senate seats if they want to hold onto that power.

Republicans take up 51 seats in the Senate compared to 49 controlled by Democrats – including two independents who caucus with the Democratic Party.

The map of Senate seats up for grabs is "much more favorable for Republicans," John Dinan, a professor of politics and international affairs at Wake Forest University, told Fox News.

"In a tough year for Republicans in the House, they have a gift in the map they've been given for the Senate," Dinan said, adding that "it's an uphill climb for Democrats" seeking to take control.

WHO HAS TRUMP ENDORSED IN THE MIDTERM ELECTIONS?

Dinan said it's important to look to what topics these close Senate races are focusing on. For Republicans, candidates are harping on newly-confirmed Supreme Court Justice Brett Kavanaugh and immigration. For Democrats, the topic of health care seems to be one that drives their platform.

In more conservative states, vulnerable Democrats are looking to show the electorate they can be supportive of President Trump's agenda.

"If you look at states like Indiana, Montana or West Virginia, it's a race among Democratic candidates to show the electorate how they supported President Trump," Dinan said. "This is not what you see in some districts in the northeast or Pacific northwest in House races."

You can explore more Fox News rankings of the midterm elections here.