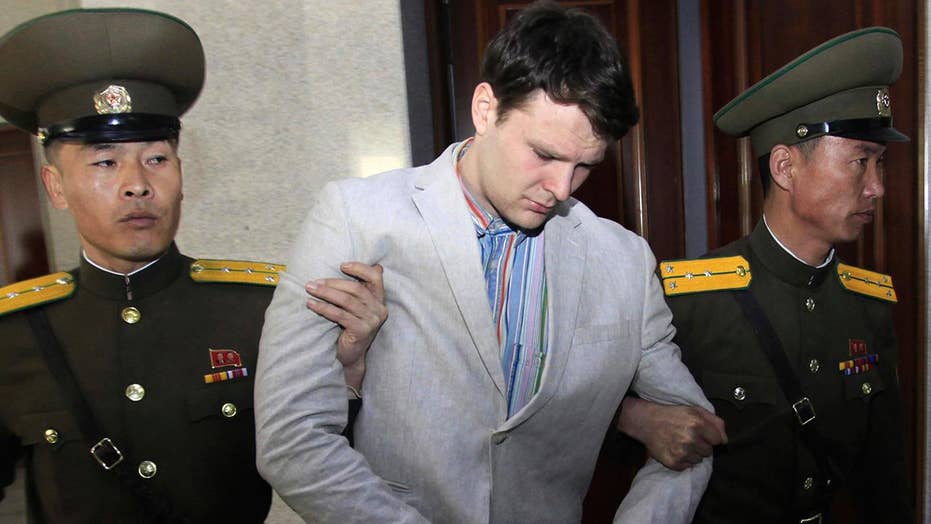 The parents of American college student Otto Warmbier, who died after his detention in North Korea, on Friday countered President Trump’s suggestion that Kim Jong Un was unaware of their son’s treatment – blaming the “evil regime” for Otto’s death and saying no amount of “lavish praise” can change that.

The president drew bipartisan criticism for saying during Thursday’s summit in Hanoi that he takes Kim “at his word.”

“I believe something very bad happened to him,” Trump said. “I don’t think leadership knew about it.”

Fred and Cindy Warmbier released a brief statement on Friday morning reiterating their long-held claim that the regime is responsible for their son’s death: 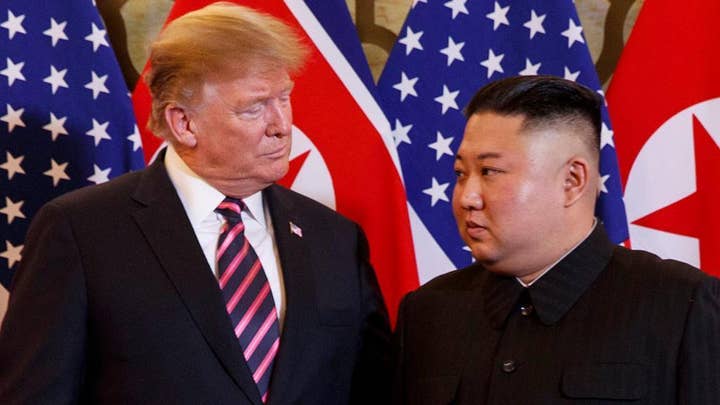 White House Counselor Kellyanne Conway clarified in an interview Friday on Fox News, however, that the president agrees with the family and holds North Korea “responsible.” She said Trump was only saying there’s no indication Kim knew what happened at the time.

“Of course he holds North Korea responsible. He has deep affection and shares the grief of the Warmbier family. That will never end,” she said.

The 22-year-old University of Virginia student died in June 2017 after being returned home in a vegetative state. His parents have said he was tortured. The suburban Cincinnati youth was visiting North Korea with a tour group when he was detained in 2016 for allegedly stealing a propaganda poster. North Korea has denied mistreating Warmbier.

Trump’s comments on the case drew criticism back home, recalling moments like when he did not challenge Vladimir Putin's denial of election meddling at their 2018 summit.

There have been conflicting reports over whether Warmbier was tortured. But Trump himself asserted in September 2017 that Warmbier was “tortured beyond belief by North Korea.”

DETAILS EMERGE ON RACE TO SAVE WARMBIER

Last summer, Warmbier’s parents praised Trump after he said the first summit with Kim might not have happened if not for Warmbier, and that “Otto did not die in vain.”

Fox News’ Eric Shawn and Jason Donner and The Associated Press contributed to this report.