Wisconsin Gov. Scott Walker on Monday will announce his entry into the Republican presidential primary race -- a move that will finally answer the question whether he can turn high expectations into top-tier status in the crowded field.

Walker’s expected entrance would make him the 15th GOP candidate, with Ohio Gov. John Kasich and former Virginia Gov. Jim Gilmore to follow in coming weeks, bringing the total by summer's end to at least 17.

The two-term Wisconsin governor waited until after concluding state budget negotiations to enter the race, but he has been near the top of polls since the start of the election cycle.

Walker has nearly 11 percent of the vote, trailing front-running Jeb Bush, the former Florida governor, who has roughly 16 percent, in the most recent averaging of polls by the nonpartisan website RealClearPolitics.com.

His position would likely put him among the top-10 candidates, allowing him to participate in the first Republican debate, on Aug. 6 and hosted by the Fox News Channel.

“What Scott Walker needs to do is to try to reclaim some of the mojo he had in the beginning of the year, when he kind of exceeded expectations,” Washington Examiner political editor Jim Antle told FoxNews.com on Friday.

“He’s the kind of conservative that a lot of Republicans have been waiting for, somebody who can compete with an establishment candidate like Jeb Bush.”

Walker, who touts widespread Republican appeal, will make his announcement in Waukesha, Wis. He will then travel to Nevada and Georgia and early primary states South Carolina, New Hampshire and Iowa.

He begins the first leg of his official campaign on Tuesday in Nevada with a stop at a Harley-Davidson shop in Las Vegas.

On Wednesday, Walker makes three stops in South Carolina and one in Georgia. On Thursday, he visits New Hampshire, then goes to Iowa for the weekend.

On immigration, Walker is open to granting legal status short of citizenship to many people in the country illegally. He once supported creating a pathway to citizenship for those living in the United States illegally but changed his views after talking with border-state governors and voters nationwide.

As with most governors running for president, foreign policy will likely be a weak link in his presidential bid.

To address that, Walker has traveled overseas four times this year. His visit to Israel in May was tightly controlled, with no public appearances. He stumbled rhetorically at times during a more public London tour earlier. He faced sharp criticism for a speech in February in which he said his experience taking on thousands of protesters in his state during his battle with unions has prepared him to confront terrorists abroad.

On social issues, Walker, the son of a Baptist minister, opposes abortion rights, including in cases of rape and incest.

He supports Wisconsin's first-in-the-nation school voucher program. Walker extended the program statewide after its start in Milwaukee and Racine and this year proposed eliminating enrollment caps.

He never explicitly advocated for them, but in his first state budget in 2011 he called for statewide tests that were tied to the standards. His budget this year prohibits the state superintendent from forcing local school districts to adopt the standards and calls for new standardized tests.

Democrats have for months been sharpening their political attack on Walker and his announcement.

On Saturday, the Democratic National Committee released an email titled “Six facts you need to know about Scott Walker” that included criticism about his record of job-growth in Wisconsin and his comments about how his union-related battles have made him ready to confront international terrorists.

If elected, Walker would be the first president since Harry Truman, elected nearly 70 years ago, without a college degree.

Walker was first elected governor in 2010 and swiftly rose to national prominence by effectively ending collective bargaining for most public workers in Wisconsin.

He was forced into a 2012 recall election because of the fight with unions the following year but won, making him the first governor in U.S. history to survive such an effort.

His 2014 re-election as governor continued a 24-year run of holding public office.

Walker has been dogged by an investigation launched in 2010 that resulted in misconduct and theft convictions of six associates. But he's not been charged with wrongdoing.

He served in the state Assembly for nine years before being elected Milwaukee County executive, the top elected position in Wisconsin's largest county.

The 47-year-old Walker attended Marquette University in Milwaukee but dropped out 34 credits short of graduation to take a Red Cross job.

He and wife Tonette Walker have two college-age sons. 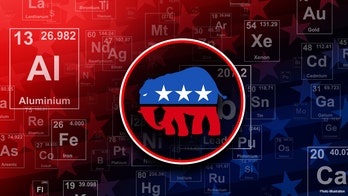