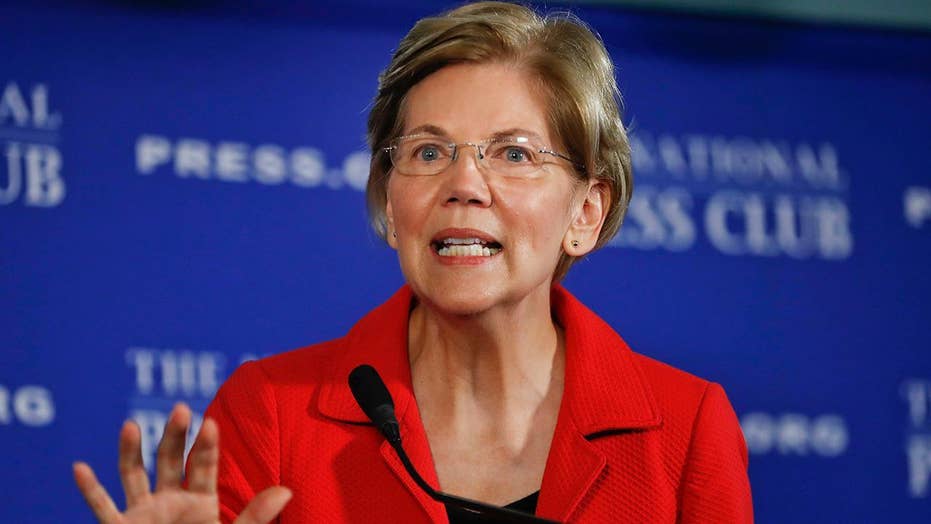 Sen. Warren faces blowback from Native Americans over DNA claims; reaction and analysis from 'The Five.'

As Sen. Elizabeth Warren, D-Mass., continues releasing a long list of policy proposals, she can't seem to live down the controversy surrounding her ancestry.

During a town hall event in New Hampshire broadcast Thursday, a woman asked Warren how she and others could trust her given her past claim about having Native American ancestry.

The woman, Elizabeth Radecic, said that as a mother of two black children, she developed a better understanding for the reasoning behind affirmative action. Warren, according to her, had disrespected that reasoning by stating, earlier in her career, that she had Native American ancestry.

ANDY PUZDER: SEN. ELIZABETH WARREN IS NO MORE A CAPITALIST THAN SHE IS A NATIVE AMERICAN

Warren previously came under fire after news surfaced that she claimed to be Native American on a law school registry before Harvard University hired her as a professor.

Warren responded to Radecic by claiming that she identified as a Native American because of things her family told her when she was younger. Citing an investigation by The Boston Globe, she claimed that her identification as Native American didn't influence her academic career.

"Even so, I shouldn't have done it," she added. "I am not a person of color. I am not a citizen of a tribe and I've apologized for any confusion over tribal sovereignty, tribal citizenship, and any harm caused by that."

'CHARLAMAGNE THA GOD' SLAMS ELIZABETH WARREN'S 'DISHONESTY' OVER ANCESTRY CLAIM, SAYS SHE 'HAD TO BENEFIT' FROM IT

Warren previously became the subject of widespread mockery after an investigation showed that only a small fraction of her ancestry was Native American.

President Trump blasted her at the time and continued calling her out with a tweet earlier in July.

Warren previously apologized to the Cherokee Nation after it issued a scathing statement denouncing her apparent attempt to prove a connection through a DNA test.

The issue will likely become more politically prominent, however, if she continues rising in the polls and it becomes more likely that she could face off against Trump's in 2020.