Does Sen. Warren's 2020 bid raise the stakes for the rest of the Democratic field?

Aren't establishment leaders like Warren the reason many Dems are walking away from the party? #WalkAway campaign founder Brandon Straka reacts.

Democratic Sen. Elizabeth Warren has apologized to the Cherokee Nation for taking a DNA test to prove she had Native-American ancestry, taking a step to smooth over the lingering controversy as she prepares to formally launch her 2020 presidential campaign.

“Senator Warren has reached out to us and has apologized to the tribe. We are encouraged by this dialogue and understanding that being a Cherokee Nation tribal citizen is rooted in centuries of culture and laws, not through DNA tests,” Cherokee Nation spokeswoman Julie Hubbard said in a statement.

The October DNA test by the Massachusetts senator angered some tribal leaders and sparked plenty of political pushback against the senator at the time.

The New York Times and The Intercept first reported the apology, a break from Warren's past reluctance to issue one. But the Times reported Warren privately expressed concern she may have hurt her standing with Native-American groups and her own supporters in her handling of the test.

“We are encouraged by her action and hope that the slurs and mockery of tribal citizens and Indian history and heritage will now come to an end,” Hubbard added. 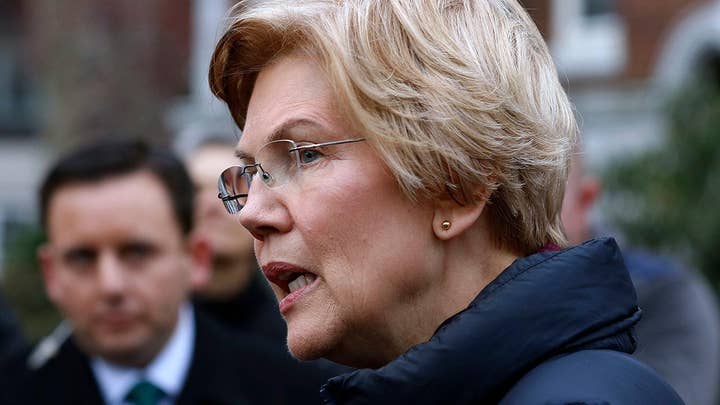 The move comes just over a week before Warren is expected to formally declare her candidacy for president, after having launched an exploratory committee. On Thursday, her campaign teased that Warren would have an announcement on Feb. 9.

Warren's effort to clean up from the DNA test rollout comes as several other big-name figures enter the 2020 race -- most recently, New Jersey Sen. Cory Booker on Friday.

Warren, who was born and grew up in Oklahoma, had for decades claimed to have Native American heritage. But it wasn’t until her successful 2012 campaign for the U.S. Senate in Massachusetts that she revealed she had claimed minority status at universities where she worked. The controversy became an issue in her race against Republican incumbent Scott Brown.

Warren rolled out her DNA results just weeks before the 2018 midterm elections. She was criticized for even conducting the test and was accused of succumbing to attacks from President Trump – who has repeatedly called her "Pocahontas" in his campaign-style rallies and on social media.

The DNA results also fueled claims by Republican critics that she used a trace amount of Native American heritage to advance her academic career.

The Cherokee Nation slammed Warren at the time, with the tribe’s secretary of state Chuck Hoskin Jr., saying the use of “a DNA test to lay claim to any connection to the Cherokee Nation or any tribal nation, even vaguely, is inappropriate and wrong.”

Warren’s apology appears to be an about-face by the senator, who up until now had repeatedly defended taking the DNA test.

Asked about it on the campaign trail in Iowa – days after she launched a presidential exploratory committee on Dec. 31 – Warren said she acted in the interest of transparency.

“My decision was I’m just going to put it all out there. All my hiring records. Including the DNA test. It’s out there. It’s online. Anybody can look at it,” she explained.

The Warren campaign did not immediately respond to a request by Fox News for comment on Friday.