Agriculture Secretary Tom Vilsack said Tuesday that the reason so many people are on food stamps is the administration has done a better job helping states get "the word out" about the decades-old program.

Though food stamps date back to 1939, Vilsack said in an interview that several large states, like California and Texas, had "underperformed" in connecting eligible Americans with the program. Times have changed, he claimed.

"The reason why these number have gone up is that we've done a pretty good job of working with states that had done a poor job in the past in getting the word out about this program," he told MSNBC. "We're now working with them to make sure that people who are eligible get the benefits."

The number of people on food stamps has been growing to record levels for 30 straight months. The latest report from the Agriculture Department showed nearly 46 million people -- or one in seven Americans -- were enrolled as of May in what's formally called the Supplemental Nutrition Assistance Program.

The numbers are not just a reflection of better advertising. As the Agriculture Department has acknowledged before, they are a sign of the economic times -- with high unemployment forcing people to apply for government help to feed their families.

But Vilsack looked on the bright side, claiming the food stamps at least have a stimulative effect, by pumping money into the economy in the same way as unemployment benefits.

"It's the most direct stimulus you can get into the economy during tough times," Vilsack said, claiming every dollar in food stamp spending generates $1.84 in economic activity. The total cost of the program in May was over $6 billion -- if Vilsack's theory holds, that's $11 billion in extra economic activity.

Vilsack joined President Obama in Iowa on Tuesday to talk about the economy in rural America.

He claimed in an interview Monday that Obama was coming to Iowa -- as well as Minnesota and Illinois -- to "spotlight" part of the country that gets overlooked despite its robust military service. 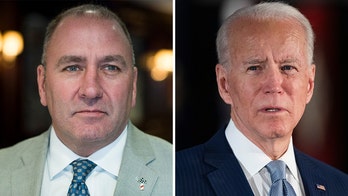 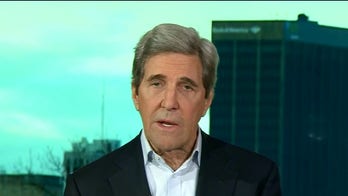