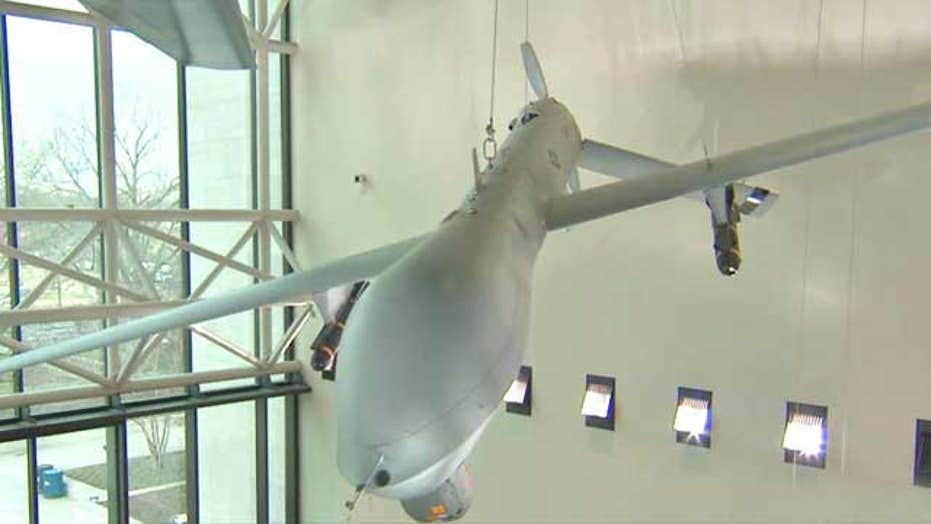 The science of drone warfare

WASHINGTON – America’s largest combat veterans group is worried the creation of a new medal for drone strikes and cyber-warfare could bestow higher honor on those using a joystick to kill terrorists than soldiers wounded on the battlefield.

The Distinguished Warfare Medal, announced Wednesday, would rank higher than the Bronze Star and Purple Heart, which is given to servicemembers killed or wounded in battle. The new medal would rank immediately below the Distinguished Flying Cross.

But to some, like the Veterans of Foreign Wars, creating a non-combat medal is turning into a major Pentagon misfire.

“It’s a boneheaded decision,” VFW spokesman Joe Davis told FoxNews.com. “This is going to affect morale and it’s sending troops in the field a horrible message.”

By Thursday afternoon, more than 800 responses had been posted on the VFW’s Facebook page. Many said the medal’s high ranking on the military medal hierarchy would hurt an already-bruised U.S. military morale.

One dubbed the medal the “Geek Cross” and suggested that the country was close to handing video-gamers Purple Hearts for animated wounds.

The Pentagon defended its decision and noted several medals rank above the newly created award.

"Those furthest from the fight/risk are not eligible for a higher award than those engaging the enemy and risking their lives each day,” Defense spokesman Lt. Cmdr. Nate Christensen said. “There are several existing medals that may be awarded to members who incur risk associated with valorous acts (Medal of Honor, Service Crosses, Silver Stars).”

On Wednesday, outgoing Defense Secretary Leon Panetta announced the creation of the medal to recognize “extraordinary achievements that directly impact on combat operations, but do not involve acts of valor or physical risks that combat entails.”

Panetta said the medal recognizes the reality that drones and cyber warfare “have changed the way wars are fought.” Under the Obama administration, drone strikes have become an integral part of America's counterterrorism strategy.

John Hamilton, the VFW’s commander-in-chief, said in a statement that his organization “fully concurs that those far from the fight are having an immediate impact on the battlefield in real-time,” but added that “medals that can only be earned in direct combat must mean more than medals awarded in the rear.”

The organization says that at a time when the Defense Department is being hit with budget cuts and entire military towns are bracing for the effects of the upcoming sequester, announcing a new medal that honors members who aren’t fighting on the front lines sends a bad message.

“It’s like, ‘Why am I slogging through the mud, dirt and sand when someone who can go home every night to their family gets recognized?’ Davis said.  “The people in the Pentagon should ask themselves how this is going to play out. The government didn’t do this to the troops. The Pentagon did it to themselves.”