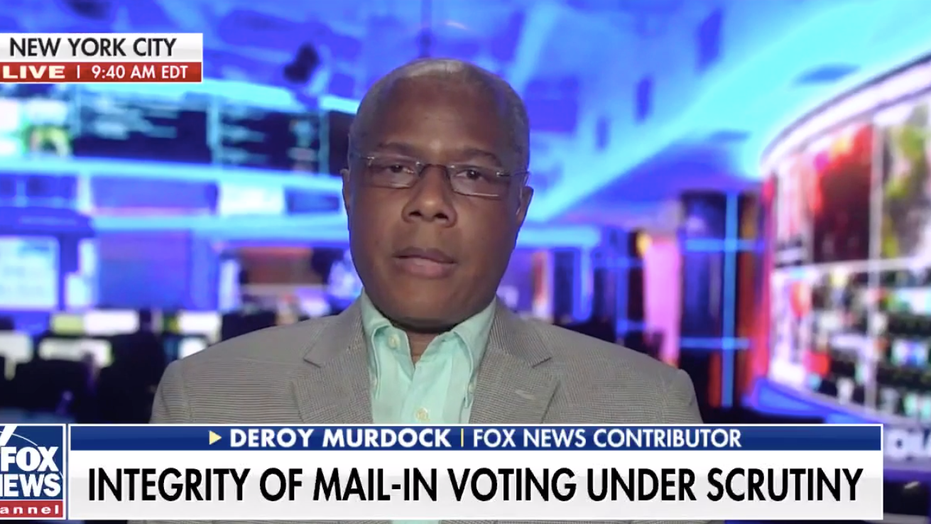 "This is a Democrat-concoction," Murdock told "Fox & Friends Weekend," adding: "We need to stop this immediately or we'll have a real disaster."

The contributing editor for the National Review Online pointed out the USPS considers itself mission-compliant if as much as 4 percent of mail-in ballots are missing. With some 80 million mail-in ballots expected this election cycle, up to 3.2 million could remain missing with no concern from the USPS, he said.

"Now in a tight election or a not-so-tight election that can throw an election not just for president, but for Congress, for Senate, for governor ... completely astray," Murdock said. "That's a total disaster."

Democrats are pushing the method because of the coronavirus pandemic, as there is growing concern from voters. Three in 10 believe mail-in ballots will be counted accurately, according to a Washington Post-University of Maryland poll from the end of August.

"It's a big mess," he said. "The Democrats are bringing this to us, totally unnecessarily, in which we've seen a number of really scary things already."

Postal investigators are looking into recent incidents in Glendale, Calif., in which bags of mail were found dumped in a parking lot and in a nearby alley.

"You could have this happen during the election," Murdock argued.

Murdock pointed to multiple examples, including one from his New York congressional district and another he personally witnessed in 2014 in Colorado.

"We've seen multiple examples where these ballots show up in apartment buildings, people who have moved away aren't there, people who died aren't there to collect them," he said. "They get thrown in the trash."

Murdock recommends people vote in person as much as possible: "That's the right way to do it," he said.