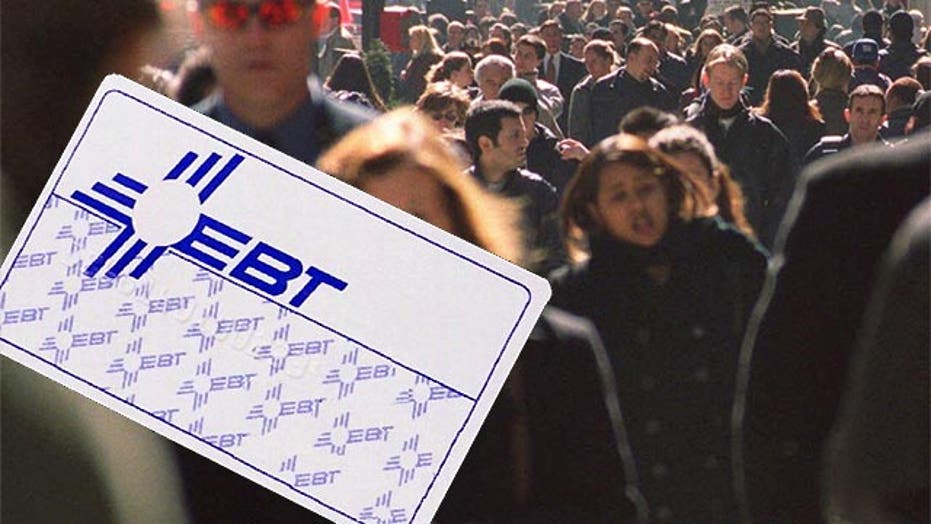 Inside look at record number of Americans on food stamps

The U.S. Department of Agriculture is moving to test the possibility of allowing food stamp users to get their groceries online, though the program could raise fraud concerns.

The Washington Post reported over the weekend that online delivery services like Peapod, FreshDirect, and Thrive Market are supporting the push. If the USDA determines the pilot program is successful, it will be implemented nationwide.

A USDA spokesperson told FoxNews.com they will be seeking volunteers for the pilot program in the fall.

The spokesperson said "getting the proper technology in place to ensure process integrity" has been a major factor, as few companies have developed the correct encrypted PIN capabilities.

The tests are being conducted under the 2014 Farm Bill.

If the pilot program is successful, expanding SNAP benefits to online grocery delivery could have a significant impact on millions of households.

The USDA estimated in a report to Congress that 11.5 million low-income households are more than one mile from a supermarket or large grocery store, and many do not have access to a vehicle.

But with food stamp fraud already an issue, the agency is trying to be careful. The spokesperson said they will "certainly be looking at this closely as we engage in the pilots to make sure clients are not exposed to greater risks through these systems, including, for example, stolen benefits."

Another concern is SNAP recipients buying and selling their benefits illegally. A Government Accountability Office report revealed that some even buy and sell their benefits on websites like Craigslist.

Director of the GAO’s Education, Workforce, and Income Security Team Kay Brown told FoxNews.com that although the report does not specifically deal with recipients who order food online, it does show that some SNAP recipients already try to “traffic their benefits on e-commerce and social media sites.”