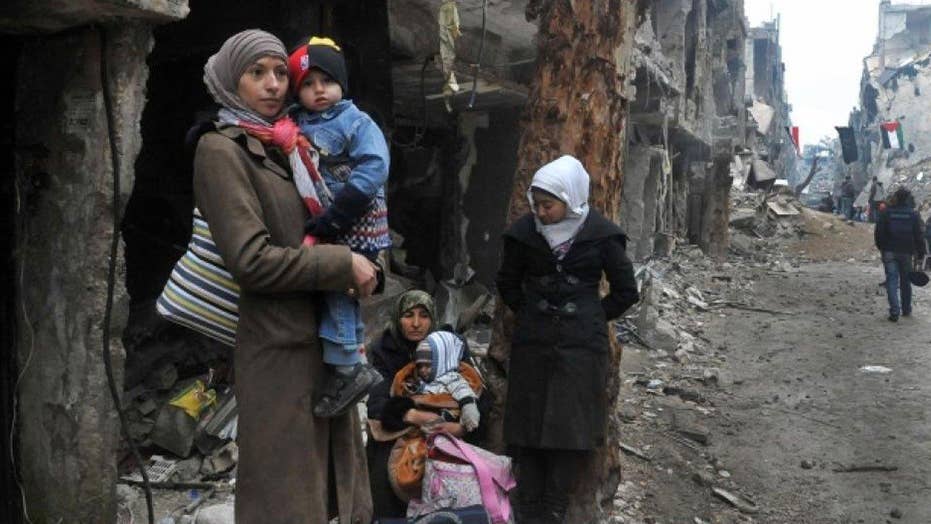 The Obama administration appears to be bowing to international pressure and pursuing under-the-radar “alternative” ways to bring in more Syrian and other refugees -- as soon as this year.

The latest indication that the administration is preparing to take in more than the 10,000 Syrians this year it already has committed to follows a March 30 “high-level meeting” on Syrian refugee admission in Geneva, Switzerland -- convened by the Office of the United Nations High Commissioner for Refugees.

At the meeting, attended by State Department officials, U.N. High Commissioner for Refugees Filippo Grandi called for countries to pursue “alternative avenues” for refugees – such as student and work visas, and expanded family reunification programs.

“These pathways can take many forms: not only resettlement, but also more flexible mechanisms for family reunification, including extended family members, [labor] mobility schemes, student visa and scholarships, as well as visa for medical reasons,” Grandi said. This followed an adviser suggesting the U.S. ask universities to offer scholarships to Syrian students, and help Syrian-Americans bring in their extended families outside the “time-consuming” refugee resettlement process.

The State Department immediately issued a media note reaffirming the “commitment to resettle at least 10,000 Syrians in FY 2016 and increase the total number of resettled refugees from around the world to 100,000 by the end of FY 2017.”

Additionally, in a wordy statement, the State Department appeared to agree with many of Grandi’s conclusions.

“The United States joins UNHCR in calling for new ways nations, civil society, the private sector, and individuals can together address the global refugee challenge. The United States encourages other countries to consider expanding resettlement and other forms of admissions for all refugee populations, ensuring that more of those in need have the opportunity to start their lives anew in safety and with dignity,” the note said.

Nayla Rush, senior researcher at the Center for Immigration Studies, said she thinks the administration is “100 percent” behind the idea.

“My fear is they aren’t really going to let anyone know about it,” Rush said.

Unclear is whether the refugees can be properly vetted, especially if they come in through an array of different visa programs. The Center for Immigration Studies, which advocates for lower immigration levels, reported on the U.N. meeting earlier this week.

In its media note, the State Department said the U.S. “has created a program to allow U.S. citizens and permanent residents to file refugee applications for their Syrian family members.”

Asylum-Seekers in the United States from Syria by Month | FindTheData

Rush believes this is a sign the Obama administration is already expanding the family reunification program.

“Why create a family reunification program for Syrian refugees when refugees in the U.S. are already entitled to ask for their spouse and unmarried children under 21 to join them? Unless of course, the aim is to widen family circles to include aunts and uncles, brothers and sisters, grandmothers and grandfathers,” Rush said in a blog post on the subject

The State Department did not say if it was looking at expanding the student visa or family reunification programs, but told FoxNews.com that Syrians being considered on non-immigrant and immigrant visa categories must be considered in accordance with U.S. immigration law.

The department has worked with the Syrian Consortium for Higher Education in Crisis since 2012 to help students and scholars impacted by the bloody civil war. A State Department official said this consortium includes U.S. colleges that have committed to hosting Syrian students and scholars. The official said “several immigrant visa options” are available to Syrians, including family-sponsored visas.

Shuffling potential refugees into other programs could prove problematic.

On one hand, standard immigration vetting often requires a higher degree of documentation, as officials are more likely to waive requirements for asylum-seekers or refugees who are assumed to have fled their homes quickly. However, the Obama administration repeatedly has heralded its two-year process for refugees as one of the most rigorous in existence. Standard immigration programs usually take much less time.

Any attempt to expand the process could encounter opposition from Congress. In November, the House passed a bill to enhance Syrian refugee screening, but the legislation stalled in the Senate amid Democratic opposition.