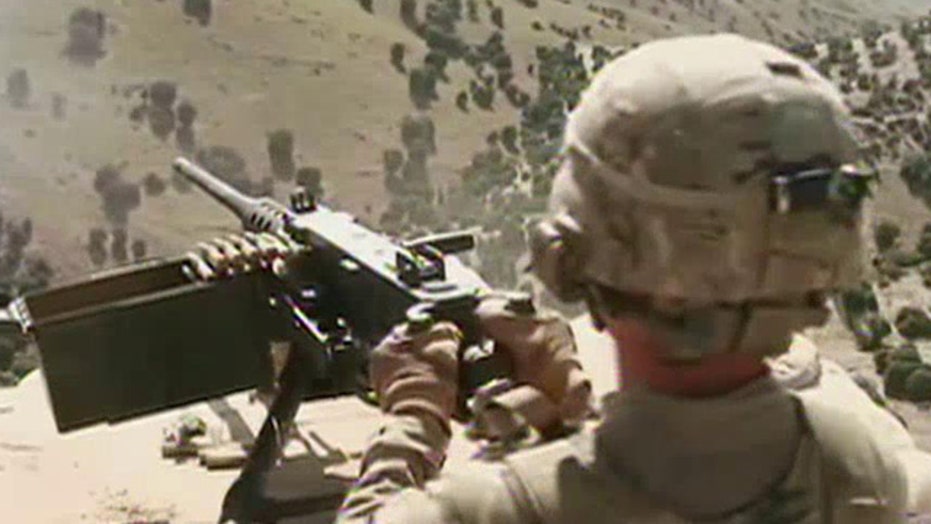 U.S. Special Forces soldiers and their Afghan allies have undertaken an increasing number of night raids targeting Taliban and Al Qaeda militants, despite Washington formally declaring an end to combat operations late last year, according to a published report.

The New York Times reports that the increased raids are partially the result of intelligence seized in October of last year, when U.S. and Afghan commandos came upon a laptop computer with files detailing terror operations in Afghanistan and neighboring Pakistan. Military officials tell the paper that the information in the files could be as significant as what was found on a computer in Usama bin Laden's Pakistan compound after the terror leader was killed by Navy SEALs in 2011.

The officials also said that another factor playing the role in the increased raids were loosened restrictions on nighttime operations put in place by the new Afghan president, Ashraf Ghani. Ghani has previously called for a slower withdrawal of U.S. troops from his country. Current plans call for the U.S. to go from about 10,800 troops there now to 5,500 by the end of this year.

The U.S. and its NATO allies formally announced the end of their combat mission in Afghanistan in December and trumpeted the withdrawal of most combat troops. However, under the terms of a security agreement with the Afghan government, just over 13,000 troops, most of them American, were to stay on in an advisory role.

However, American and Afghan officials tell The Times that U.S. troops are taking a lead role in the latest counterterror raids, and not merely going along as advisers. The raids are also unusual in that they are coming during the winter, which is traditionally the season where the fighting is lightest.

"It’s all in the shadows now," said a former Afghan security official told the paper. "The official war for the Americans — the part of the war that you could go see — that’s over. It’s only the secret war that’s still going. But it’s going hard."

News of the increased raids comes one day after the top U.S. military commander in Afghanistan told the Senate Armed Services Committee that he wants greater flexibility in in how quickly he pulls troops out of Afghanistan and where he can position them around the country in the coming months.

Gen. John Campbell said that by keeping more than 5,500 troops in Afghanistan through the end of the year, Campbell would be able to maintain forces in other locations around the country, both training the Afghan forces and providing support for more counterterrorism missions.

"I'm particularly concerned about the summer of 2015," Campbell said. "The Afghans — this is the very first fighting season completely on their own."