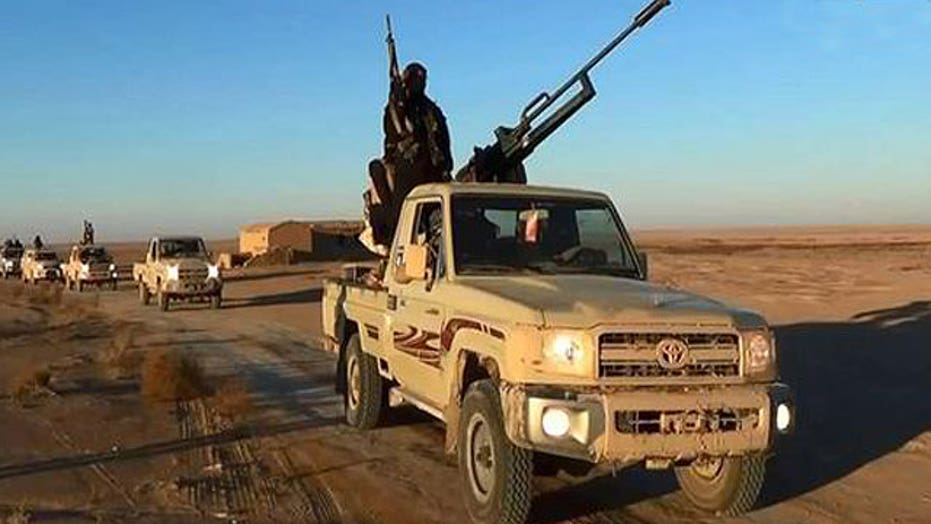 The U.S. is investigating claims that Islamic State militants used chemical weapons against Iraqis last month, in what would be a serious escalation of the fighting in the region.

Iraqi officials have told media outlets that the terror group used chlorine gas bombs during clashes in September near Baghdad.

White House Press Secretary Josh Earnest and a spokesman with the Pentagon could not confirm the reports but said they are taking them “seriously” and investigating the claims.

The allegations come after chemical weapons use in Syria last year prompted a standoff between the Obama administration and the Assad government. Though President Obama had called the use of chemical weapons a “red line,” he ultimately backed down when Bashar Assad agreed to turn over his weapons stockpile. Asked Friday if the latest attack, if confirmed, would change the approach to the Islamic State fight, Earnest did not say.

The militants, who control large areas of Syria and Iraq, have failed to capture Duluiya or Balad, both of which are around 50 miles north of the Iraqi capital.

In the attacks, about 40 troops and Shiite militiamen were slightly affected by the chlorine and showed symptoms consistent with chlorine poisoning, such as difficulty in breathing and coughing, the three officials said. The troops were treated in hospital and quickly recovered.

"The IS fighters seized some quantities of chlorine after seizing control of some water purification plants or sites where chlorine was kept," said the senior official, adding that the "IS group has some experts who were able to manufacture chlorine shells."

The use of chlorine by the group in Iraq in September was first reported by the Washington Post.

In Washington, Secretary of State John Kerry said he could not confirm the Iraqi allegations but called them "extremely serious." He said chlorine can be considered a chemical weapon if it is mixed with other toxic agents.

"The use of any chemical weapon is an abhorrent act," Kerry told reporters at a State Department news conference with the South Korean foreign minister. "It's against international law. And these recent allegations underscore the importance of the work that we are currently engaged in."

He said the attacks, if true, "will not change our strategy" in Iraq.

Chlorine, an industrial chemical, was first introduced as a chemical weapon at Ypres in World War I with disastrous effects because gas masks were not widely available at the time.

In neighboring Syria, a joint U.N. fact-finding mission sent to investigate alleged chlorine attacks was ambushed and briefly detained by armed men earlier this year in rebel-held territory. The mission had said it was virtually certain chlorine had been used as a chemical weapon in the country's north.

And earlier this week Kurdish officials and doctors said they believed Islamic State militants had released some kind of toxic gas in the Syrian town of Kobani on the Turkish border, where Kurdish forces have been fending off a massive monthlong offensive by the extremist group.

Assad had agreed with the United States and Russia to dispose of his chemical weapons -- an arsenal that Damascus had never previously formally acknowledged -- after hundreds of people were killed in a sarin gas attack on the outskirts of Damascus in the summer of 2013. But because of its dual-use nature, chlorine was not listed as part of the Syrian arsenal.

Chlorine gas, when inhaled, swallowed or exposed to through skin, causes difficulty in breathing, coughing, and eye and skin irritation. It is not as toxic or effective at killing as sarin, a nerve agent, and experts say it is difficult to achieve high concentrations of chlorine by dropping it from the air.