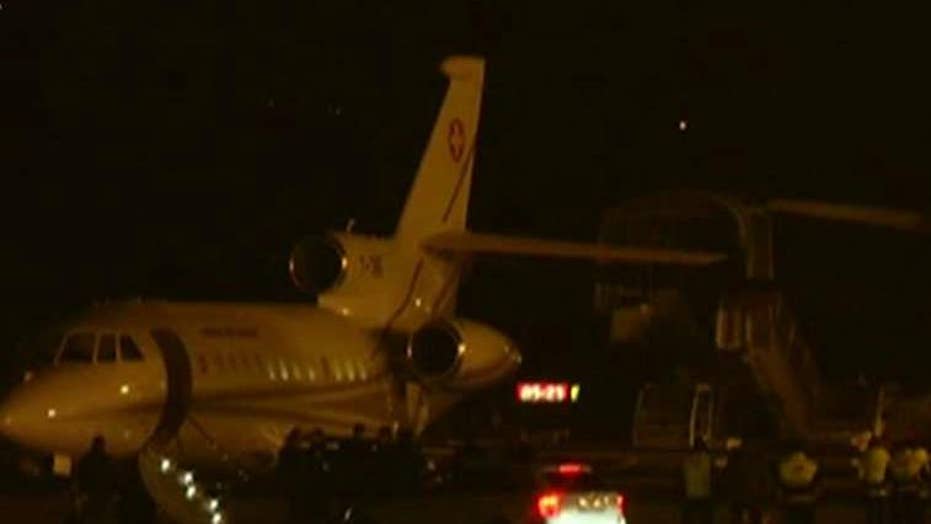 Administration silent on how $1.3B was delivered to Iran

WASHINGTON – The Obama administration said Wednesday it paid $1.3 billion in interest to Iran in January to resolve a decades-old dispute over an undelivered military sale, two days after allowing $400 million in cash to fly to Tehran.

State Department spokeswoman Elizabeth Trudeau says the U.S. couldn't say more about the Jan. 19 payments because of diplomatic sensitivities. They involved 13 separate payments of $99,999,999.99 and final payment of about $10 million. There was no explanation for the Treasury Department keeping the individual transactions under $100 million.

The money settles a dispute over a $400 million payment made in the 1970s by the U.S.-backed shah's government for military equipment. The equipment was never delivered because of the 1979 Islamic Revolution that overthrew the shah and ended diplomatic relations between the U.S. and Iran.

On Jan. 17, the administration paid Iran the account's $400 million principal in pallets of euros, Swiss francs and other foreign currency, raising questions about the unusual payment. The $1.3 billion covers what Iran and the U.S. agreed would be the interest on the $400 million over the decades.

The deal has faced increased scrutiny since the administration's acknowledgment this month that it used the money as leverage to ensure the release of four American prisoners.

Republican critics accuse the administration of paying a "ransom."

President Barack Obama and other officials deny such claims, though they've struggled to explain why the U.S. paid in cash. Obama said it was because the United States and Iran didn't have a banking relationship after years of nuclear-related sanctions, but that wouldn't rule out using intermediary banks that maintain relationship with both.

Briefing reporters last week, a senior U.S. official involved in the negotiations said the interest payments were made to Iran in a "fairly above-board way," using a foreign central bank. But the official, who wasn't authorized to be quoted by name and demanded anonymity, wouldn't say if the interest was delivered to Iran in physical cash, as with the $400 million principal, or via a more regular banking mechanism.

The money came from a little-known fund administered by the Treasury Department for settling litigation claims. The so-called Judgment Fund is taxpayer money Congress has permanently approved in the event it's needed, allowing the president to bypass direct congressional approval to make a settlement. The U.S. previously paid out $278 million in Iran-related claims by using the fund in 1991.