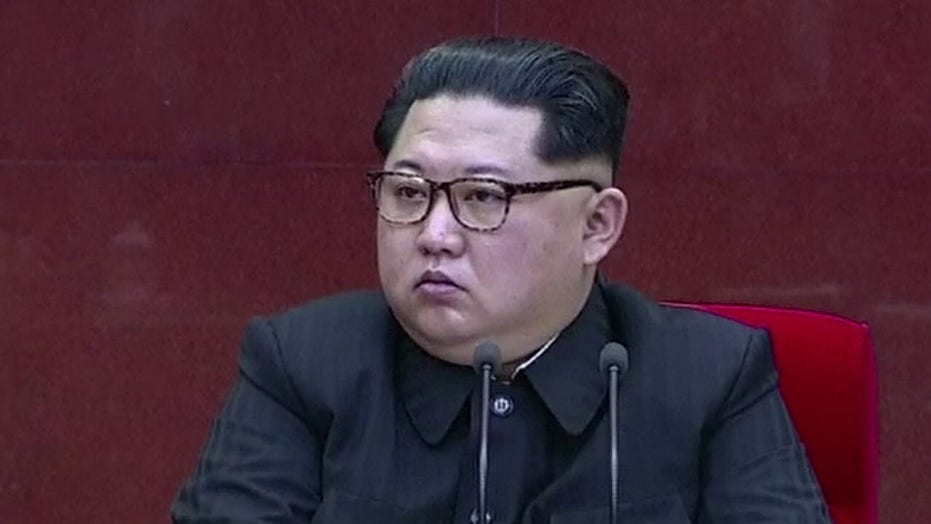 The U.S. government has extensive contingency plans in place for an eventual death of North Korean leader Kim Jong Un that factor in expectations of a mass-scale humanitarian crisis inside the country, Fox News has learned.

Sources discussed those plans amid conflicting reports about the reclusive North Korean leader's health. Those same sources urge caution about these reports, which have claimed he's facing serious health issues after a cardiovascular procedure.

While his condition is unclear, a well-placed defense intelligence source told Fox News on Tuesday that the U.S. government has extensive plans in place for when Kim is gone, taking into account all the complications that could arise from his eventual death.

The official described the likelihood of a huge humanitarian crisis within North Korea that could include millions of people facing starvation and a mass exodus of North Korean refugees into China. Intelligence sources told Fox News that part of the plan would be to rely heavily on China to step in and help manage the situation on the ground inside North Korea, partly due to China's proximity and partly due to logistical challenges of the U.S. providing humanitarian assistance.

The Daily NK, an online news periodical based in Seoul, which is run mostly by North Korean defectors, has reported that Kim, 36, was recovering from his April 12 surgery at a resort county villa on the east coast. The report said Kim has been in bad health because of heavy smoking, obesity and overwork.

South Korean officials downplayed the implications of these reports, noting no unusual activity in North Korea.

South Korea’s Yonhap news agency said, in response to the reports, that “it’s not true” and that there was “no specific trend.”

“We have no information to confirm regarding rumors about Chairman Kim Jong Un’s health issue that have been reported by some media outlets,” South Korean presidential spokesman Kang Min-seok said. “Also, no unusual developments have been detected inside North Korea.”

North Korea’s Korean Central News Agency has claimed Kim presided over a meeting on April 11 discussing coronavirus prevention and electing his sister as an alternate member of the political bureau of the ruling Workers’ Party. State media have since reported that Kim also sent greetings to Syrian President Bashar Assad and Cuban President Miguel Díaz-Canel as well as “birthday spreads” to two North Korean officials and a new centenarian.

Meanwhile, sources told Fox News that the White House is aware of the reports of Kim's health, but there has been no confirmation of his condition. Talks between President Trump and Kim over North Korea’s nuclear program have been long stalled. One source noted that during their last summit, foreigners who were in proximity to Kim noted unusually heavy breathing for someone his age.

On Tuesday, National Security Adviser Robert O’Brien told reporters at the White House that the administration is “watching reports closely.”

“We are monitoring these reports very closely and as you know North Korea is a very closed society, there is not a free press there, they are parsimonious with the information they provide on many things, including the health of Kim Jong Un,” O’Brien said.

He added that: “People should know we have a great intelligence community, the president, vice president, Secretary Pompeo, Secretary Esper, General Milley, we’ve got a lot of watchtowers during this coronavirus crisis making sure America is safe whether it’s from a virus or adversary abroad., so we are keeping a close eye on North Korea as we are in other parts of the world.”