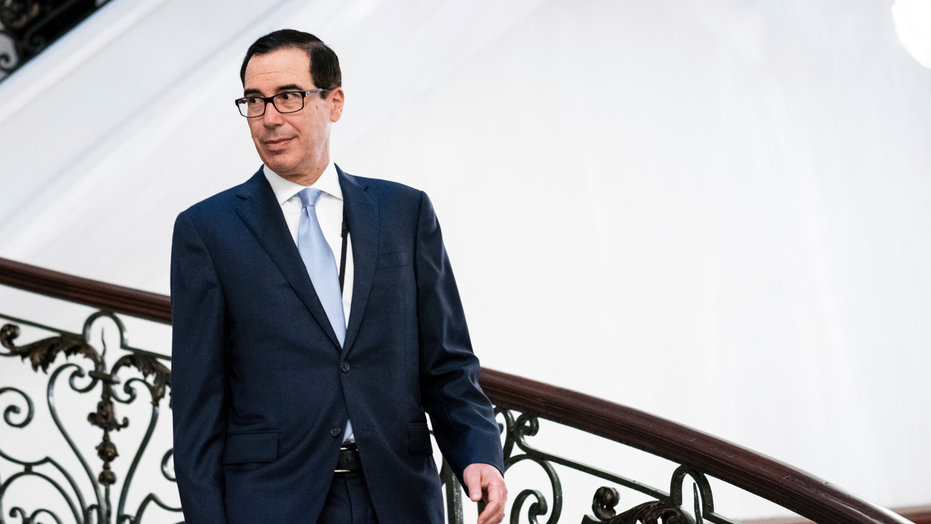 The Treasury Department and six Persian Gulf nations announced Wednesday that they had jointly sanctioned 25 individuals, corporations and banks they say are affiliated with Iran's terror-supporting networks, including the regime's Islamic Revolutionary Guard Corps (IRGC) and Lebanon's Hezbollah militant group.

The designations were handed down by the Terrorist Financing Targeting Center (TFTC), which was created by President Trump in 2017 during a trip to Saudi Arabia. The United States, Bahrain, Kuwait, Oman, Qatar, Saudi Arabia and the United Arab Emirates -- work against terrorism financing, according to Treasury Secretary Steven Mnuchin.

“The TFTC’s coordinated disruption of the financial networks used by the Iranian regime to fund terrorism is a powerful demonstration of Gulf unity," Mnuchin said. "This action demonstrates the unified position of the Gulf nations and the United States that Iran will not be allowed to escalate its malign activity in the region."

This designation is the group's largest to date, the department said, and is focused on entities that support the IRGC and Hezbollah.

"Several of the businesses targeted in this action are providing financial support to the Basij Resistance Force [Basij], a paramilitary force subordinate to the IRGC that have long been used as shock troops by the regime to oppress domestic opposition with brutal displays of violence, while also recruiting, training and deploying fighters to fight in IRGC-fueled conflicts across the region," according to the Treasury Department.

All but four of the sanctioned targets support the Iran-based network Bonyad Taavon Basij, or “Basij Cooperative Foundation,” which "employs shell companies and other measures to mask Basij ownership and control over a variety of multibillion-dollar business interests in Iran’s automotive, mining, metals and banking industries, many of which have significant international dealings across the Middle East and Europe," the Treasury said.

The other four designated targets are linked to Hezbollah-affiliated individuals "who lead and coordinate the group’s operational, intelligence and financial activities in Iraq," the department said.

"These designations again highlight the degree to which Hezbollah operates as a clandestine, terrorist arm of the Iranian regime by smuggling oil for Iran, raising funds for Hezbollah, and sending fighters to Syria for the IRGC-Qods Force on behalf of [IRGC General] Qasem Soleimani," the department said.

The entities and individuals were designated in 2018 as Specially Designated Global Terrorists (SDGTs), according to the Treasury's Office of Foreign Assets Control (OFAC).

“We are proud to join forces with our TFTC partners to expose and condemn the Iranian regime’s gross and repeated violations of international norms, from attacking critical oil infrastructure in Saudi Arabia to fomenting strife in neighboring countries through regional proxies such as Hezbollah," Mnuchin added. "This coordinated action is a concrete step towards denying the Iranian regime the ability to undermine the stability of the region."