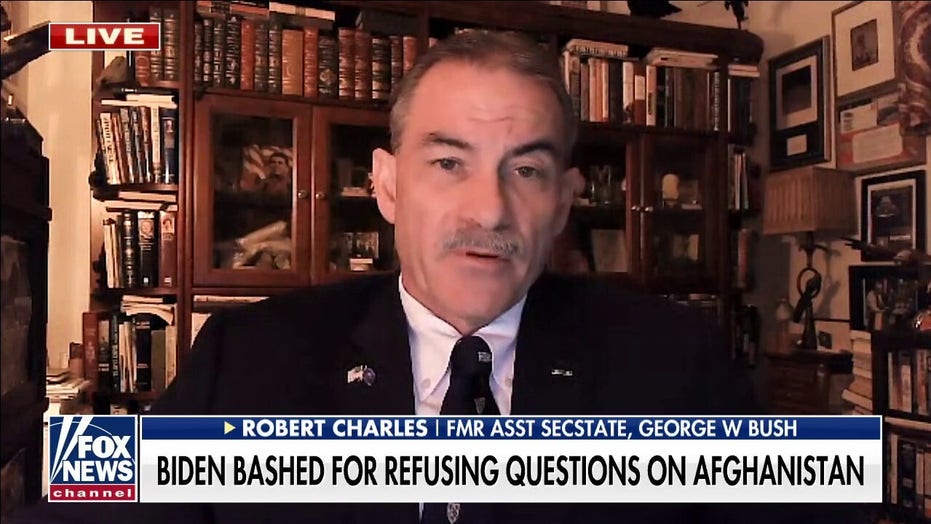 Days after Taliban forces took control of Afghanistan, the U.S. government watchdog agency for the reconstruction effort released a report recapping the "many failures" of the past two decades.

A report issued Tuesday by the Special Inspector General for Afghanistan Reconstruction (SIGAR), which has examined U.S. progress – or lack thereof – in the region since 2008 identified fundamental problems with the work that was being done on the ground.

"Twenty years later, much has improved, and much has not," the report read. "If the goal was to rebuild and leave behind a country that can sustain itself and pose little threat to U.S. national security interests, the overall picture is bleak."

Nearly 20 years since American forces went into Afghanistan in response to the Taliban harboring 9/11 mastermind Usama bin Laden, the U.S. has spent nearly $1 trillion on war and reconstruction efforts.

"When you look at how much we spent and what we got for it, it’s mind boggling," a former senior Defense Department official told SIGAR.

The report noted that despite the planned withdrawal, the Biden administration had requested more than $3 billion in additional funds for the coming year to go toward reconstruction. Fox News asked the White House what the plan for that money was and whether its plans have changed now that the Taliban is back in control, but it did not immediately respond.

PENTAGON SAYS UP TO 22,000 ‘AT-RISK’ AFGHANS COULD BE TRANSPORTED TO US

"The extraordinary costs were meant to serve a purpose—though the definition of that purpose evolved over time," SIGAR's report said. The changing goals included defeating al-Qaeda, crippling the Taliban, making sure other terrorist groups could not set up in Afghanistan, and then assisting with the establishment of a new Afghan government.

That last part proved to be too difficult, as SIGAR said its analysis "has revealed a troubled reconstruction effort that has yielded some success but has also been marked by too many failures."

Among the "bright spots," Special Inspector General John Sopko noted in a letter included with the report that life expectancy in the country has gone up, as have literacy rates and the per capita GDP, while child mortality rates have gone down. Whether or not these improvements will continue is another story. 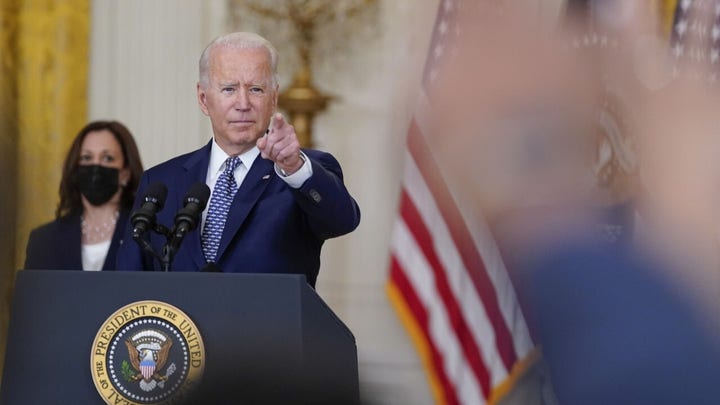 "While there have been several areas of improvement—most notably in the areas of health care, maternal health, and education—progress has been elusive and the prospects for sustaining this progress are dubious," the report said. "The U.S. government has been often overwhelmed by the magnitude of rebuilding a country that, at the time of the U.S. invasion, had already seen two decades of Soviet occupation, civil war, and Taliban brutality."

Difficulties with the scope of the rebuilding process were only exacerbated by flaws in how the U.S. set goals that focused on short-term gains at the expense of the long term, creating a "counterproductive cycle" that resulted in new problems with new short-term solutions.

"When none of that worked, the U.S. government developed yet another short-term goal: withdrawing all troops almost immediately, even though it risked depriving the continuing reconstruction mission of the personnel needed to oversee security assistance," the report said.

Another problem was the lack of continuity in the reconstruction effort, as military and civilian personnel often served short tours of duty. As a result, the report said, "[b]y the time they found their bearings and built important relationships, they began preparing to depart."

The report also detailed how the U.S. failed to understand the "social landscapes" in the area, including within the Afghan National Defense and Security Force.

"For example, by providing material support and equipment to certain units within the ANDSF without consideration for ethnic dynamics between units, the United States could be perceived as biased in favor of one ethnic group or faction at the expense of another," the report said. "A 2017 SIGAR report on the development of the ANDSF underscored that point, finding that the United States ‘largely ignored’ intra-force political dynamics, which led to ‘major social and political imbalances’ within the ANDSF."

Another problem that the U.S. government did not appreciate was the degree of corruption surrounding it.

"The United States failed to grasp the degree to which American largesse was captured by Afghan elites—even in the face of strong evidence that this was happening," the report said, pointing to how "U.S. programs empowered malign actors and exacerbated preexisting inequities, undermining the legitimacy of the Afghan government they were intended to bolster."

SIGAR said that "for too long the U.S. government held onto the assumption that it was creating a transparent, rule-bound Afghan government from scratch in a way that would benefit the public."

Additionally, one American official informed SIGAR "that his team was ‘played all the time by the Afghans.'" One example given was how Afghan "allies" would "exploit U.S. agencies for financial gain and share a portion of the proceeds with insurgents, who were paid to refrain from attacking convoys and project sites."

The report raised issues and questions for policy makers to consider moving forward, both with regard to Afghanistan and other countries where the U.S. operates, making clear that much work needs to be done when it comes to dealing with the aftermath of war.

"[A]fter 13 years of oversight, the cumulative list of systemic challenges SIGAR and other oversight bodies have identified is staggering," the report said.

Former national seecurity adviser Stephen Hadley was pessimistic in his view of whether there would be improvement in the future.

"We just don’t have a post-conflict stabilization model that works," he told SIGAR. "Every time we have one of these things, it is a pick-up game. I don’t have confidence that if we did it again, we would do any better."