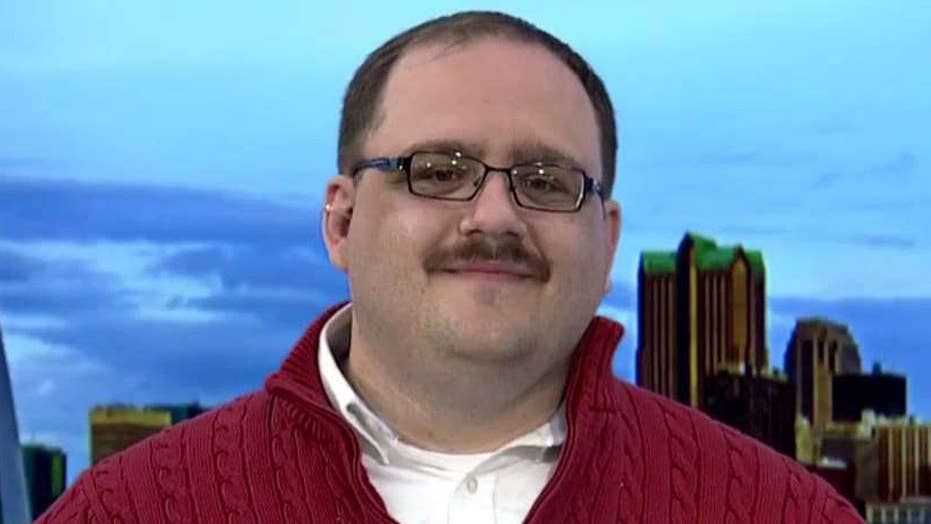 Audience member reacts to his fast fame on 'Fox & Friends'

Donald Trump and Hillary Clinton may have been the focus of Sunday’s second presidential debate, but on social media they were overshadowed by one undecided voter.

Kenneth Bone became an overnight sensation. Bone was one of the undecided voters who was able to ask the presidential candidates a question.

"What steps will your energy policy take to meet our energy needs while at the same time remaining environmentally friendly and minimizing job loss for fossil power plant workers?" he asked.

Bone, dressed in a red sweater, asked a question about energy which led to tangents on coal, natural gas and cleaner energy. However, what he said and the response weren’t what got the most talk on Twitter. Everyone fell in love with Bone’s appearance.

He became a viral phenomenon and almost instantly there were parody Twitter and Instagram accounts. Countless memes started to appear as well.

Was that last question asked by #kennethbone or Big Al, from Al's Toy Barn? #ToyStory pic.twitter.com/2cwTmKSY7o

Guess what? I got a fever, and the only prescription is more #kennethbone !" #debate pic.twitter.com/pH1NwYdqJd