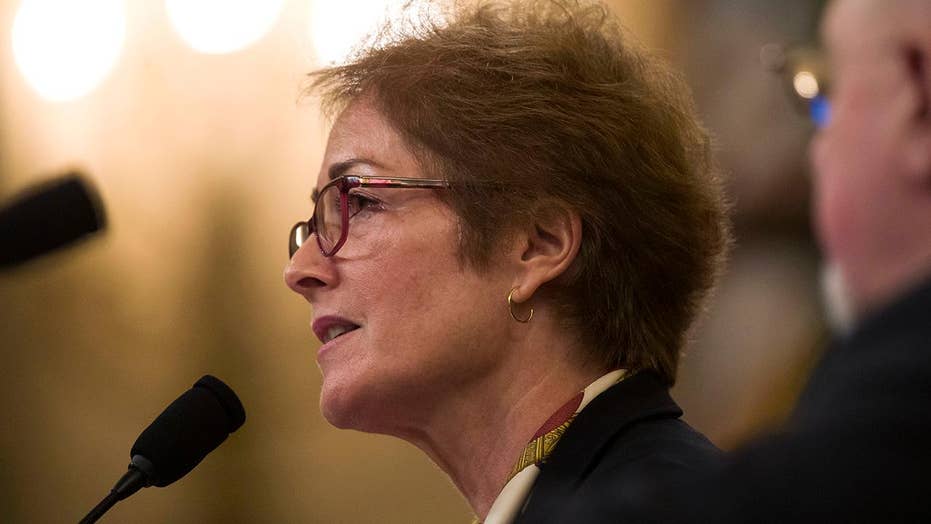 Those documents, released by Democratic lawmakers, showed Lev Parnas -- an associate of Trump lawyer Rudy Giuliani -- communicating about the removal of Marie Yovanovitch as the ambassador to Ukraine.

In some of those communications, Trump donor Robert F. Hyde seemed to indicate intimate knowledge of Yovanovitch’s activities – claiming at one point her phone and computer were off, and at another point that she was next to the embassy, adding, “Not in the embassy. Private security. Been there since Thursday."

Yet Parnas, in an interview Wednesday with MSNBC’s Rachel Maddow, undercut such claims by dismissing Hyde’s messages as either inflated or influenced by alcohol.

"I don't believe it was true, I think he was either drunk or was trying to make himself bigger than he was," Parnas told Maddow. "I didn't take him seriously. I didn't even respond to him most of the time. If I did, it was something like 'LOL' or 'Okay' or 'Great' or something like that."

But the claims will now get a closer look out of Kiev.

The Ukrainian Interior Ministry, which runs the police forces, said in a statement that Ukrainian police "are not interfering in the internal political affairs of the United States."

"However, the published messages contain facts of possible violations of Ukrainian law and of the Vienna Convention on diplomatic relations, which protect the rights of diplomats on the territory of another state," the statement continued.

The statement said Ukraine "cannot ignore such illegal activities on the territory of its own state" and vowed to investigate whether there was a violation of the law or "whether it is just a bravado and a fake information in the informal conversation between two US citizens."

The Interior Ministry also said it has invited the FBI to take part in the investigation.

Parnas, meanwhile, made other explosive claims during his interview that further implicated Trump and his inner circle in the matter at the heart of the impeachment probe – the push to withhold aid while Trump representatives pressed for an investigation of Democrats and specifically presidential candidate Joe Biden. Trump’s Senate trial is expected to move into full swing next week, after the House on Wednesday voted to transmit two articles of impeachment to the upper chamber.

"President Trump knew exactly what was going on," said Parnas, a Soviet-born Florida businessman facing a raft of criminal charges related to campaign finance violations. "He was aware of all my movements. I wouldn't do anything without the consent of Rudy Giuliani, or the president."

He said he delivered an ultimatum in May to the incoming president of Ukraine that no senior U.S. officials would attend his inauguration and all American aid to the war-torn country would be withheld if an investigation into Joe Biden wasn't announced.

"I feel sorry for him," Giuliani said Wednesday in a text message to an AP reporter. "I thought he was an honorable man. I was wrong."