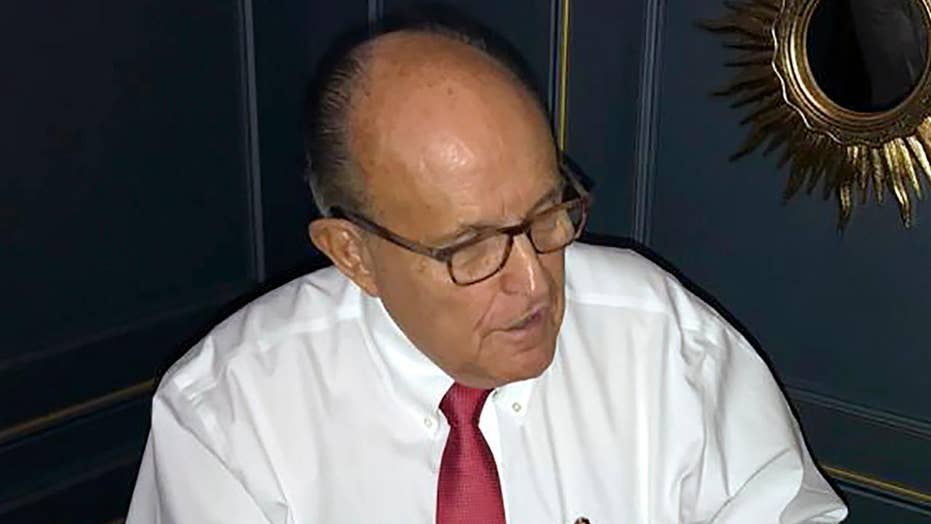 Former U.S. Ambassador to Ukraine Marie Yovanovitch called for an investigation Tuesday after new documents obtained by the House of Representatives suggest she may have been followed by associates of President Trump's personal lawyer Rudy Giuliani while in Ukraine.

“Needless to say, the notion that American citizens and others were monitoring Ambassador Yovanovitch’s movements for unknown purposes is disturbing,” Yovanovitch’s attorney said in a statement, according to The Hill. “We trust that the appropriate authorities will conduct an investigation to determine what happened."

The House Intelligence, Foreign Affairs and Oversight and Reform committees released the documents turned over by indicted Giuliani associate Lev Parnas that included messages between him and Republican congressional candidate Robert Hyde.

In one text, Hyde, a Trump donor, allegedly wrote to Parnas, “Wow. Can’t believe Trump hasn’t fired this b--ch. I’ll get right in that,” according to The Hill.

In another message, he allegedly wrote, “they will let me know when she’s on the move,” in an apparent reference to Yovanovicth,” adding later, “if you want her out they need to make contact with security forces,” according to The Wall Street Journal.

"Guess you can do anything in the Ukraine with money," he reportedly texted, after apparently establishing that Yovanovitch was under some form of surveillance.

Parnas and his business partner Igor Fruman, both U.S. citizens who emigrated from the former Soviet bloc, have been indicted by federal prosecutors on charges of conspiracy, making false statements and falsification of records related to allegations that they made outsized campaign donations to Republican causes after receiving millions of dollars originating from Russia.

Parnas' attorney stated last year he would be willing to testify in the impeachment inquiry.

Yovanovitch, who was recalled from her position last May, testified during the House impeachment hearings on an alleged smear campaign against her led by Trump allies.