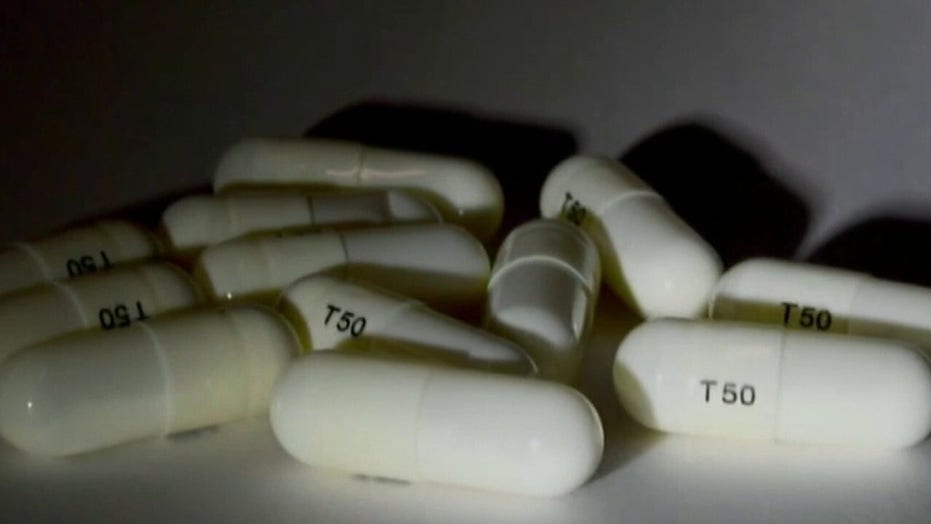 Twitter removed a video that was promoted on President Trump's account late Monday showing what appeared to be doctors in Washington praising the benefits of using hydroxychloroquine to treat COVID-19 patients.

The video, which was widely shared on social media, appeared to include about a dozen doctors standing in front of the Supreme Court building in Washington. It was unclear when the video was shot.

A Twitter representative told CNN that the action was taken “in line with” their coronavirus misinformation policy.

One of the doctors, who was identified in reports as Dr. Stella Immanuel, claimed that she treated more than 350 coronavirus patients — some with diabetes and high blood pressure — and not a single one died after being administered hydroxychloroquine, zinc and Zithromax. She claimed that she even administers the drug in prophylactic measures.

The New York Times pointed to recent studies that have questioned the effectiveness of the treatment and called the video "the most recent example of misinformation that has spread" concerning the virus.

Breitbart reported that a group called America’s Frontline Doctors held a press conference that was “organized and sponsored by the Tea Party Patriots.” The event included the doctors and an appearance by Rep. Ralph Norman, R-S.C., the report said.

The video makes spectacular claims about the treatment that essentially calls it all but a cure. The Centers for Disease Control and Prevention says there is no specific antiviral treatment recommended for COVID-19.

The Breitbart report states that the video was later removed by social media platforms. Twitter did not immediately respond to an inquiry from Fox News and a spokesman from Facebook told Breitbart that the video was removed because it shared false information “about cures and treatments for COVID-19."

The debate about the antimalarial drug has been raging for weeks and critics of Trump have accused him of overselling an unproven treatment. Trump's backers have accused social media companies of silencing what are considered fringe views on the disease.

In April, YouTube was criticized for removing a viral video of two California doctors questioning the threat level of the coronavirus.

The New England Journal of Medicine reported in June that a study showed that hydroxychloroquine was no better than placebo pills at preventing illness from the coronavirus. The drug did not seem to cause serious harm, though -- about 40% of people administered the drug had side effects, mostly mild stomach problems.

“We were disappointed. We would have liked for this to work,” said the study leader, Dr. David Boulware, an infectious disease specialist at the University of Minnesota. “But our objective was to answer the question and to conduct a high-quality study,” because the evidence on the drug so far has been inconclusive, he said. The Lancet published a study that found coronavirus patients were more likely to develop serious heart arrhythmias if treated with the drug, but that study was later retracted.

Dr. Harvey Risch, an epidemiology professor at Yale School of Public Health, told Fox News last week that he believes hydroxychloroquine could save 75,000 to 100,000 lives if the drug is widely used to treat coronavirus.

“There are many doctors that I’ve gotten hostile remarks about saying that all the evidence is bad for it and, in fact, that is not true at all,” Risch told “Ingraham Angle," adding that he believes the drug can be used as a "prophylactic" for front-line workers, as other countries like India have done.

Risch lamented that a "propaganda war" is being waged against the use of the drug for political purposes, not based on "medical facts."

Fox News' Joshua Nelson and the Associated Press contributed to this report.