Paula Noriega, left, looks up at a screen displaying news of the elections in the United States as she dries the hair of Alan Maldonado at a barber shop Tuesday, Nov. 8, 2016, in Tijuana, Mexico. (AP Photo/Gregory Bull) (Copyright 2016 The Associated Press. All rights reserved.)

LONDON (AP) – The world will face a starkly different America when President-elect Donald Trump takes the oath of office in January.

While the billionaire businessman's triumph was welcomed in some countries, others saw it as a big shock, as governments will now have to deal with a man who has cozied up to Russian President Vladimir Putin, told NATO allies they would have to pay for their own protection and vowed to make the Mexican government pay for a multibillion-dollar border wall.

Leaders weren't sure what to expect after a U.S. campaign in which Trump upended foreign policy orthodoxy on numerous fronts.

Trump's win was particularly startling in Mexico, where his remarks calling Mexican immigrants criminals and "rapists" were a deep insult to national pride. Financial analysts have predicted a Trump win would threaten billions of dollars in cross-border trade, and government officials say they have drawn up a contingency plan for such a scenario, though without releasing details.

"It's DEFCON 2," Mexican analyst Alejandro Hope said. "Probably something as close to a national emergency as Mexico has faced in many decades."

The impact of his unexpected electoral triumph is also being felt strongly in the volatile Middle East, where multiple crises are unfolding.

Iran's foreign minister said the United States must respect the commitments it made as part of last year's historic nuclear deal. Trump had criticized the accord during the campaign and said he would try to renegotiate it.

Mohammad Javad Zarif spoke Wednesday during a visit to Romania after Trump's win was clear. The foreign minister said that it's important "that whoever is elected president of America should fully understand current realities of the world and conform their policies with those realities."

He says the incoming U.S. president "should respect the commitments that the American government has accepted, not as a bilateral deal, but as a multilateral one."

In Israel, Prime Minister Benjamin Netanyahu congratulated Trump and called him a "true friend of the State of Israel."

Netanyahu said that he believes the two leaders "will continue to strengthen the unique alliance between our two countries and bring it to ever greater heights."

Earlier, a key ally in Netanyahu's center-right coalition, Education Minister Naftali Bennett, said Trump's victory means that "the era of a Palestinian state is over."

The Palestinians want a state in lands Israel captured in 1967. Netanyahu has said he is willing to negotiate a border deal, but has retracted offers made by his predecessors while pressing ahead with Jewish settlement expansion on war-won land.

Palestinian President Mahmoud Abbas said that he hopes "peace will be achieved" during Trump's term.

In a statement on his website, al-Abadi said he hopes the "world and the United States will continue to support Iraq in fighting terrorism." He says terrorism doesn't threaten Iraq alone, but the whole world.

In Europe, NATO allies will now wait to see if Trump follows through on suggestions that the U.S. will look at whether they have paid their proper share in considering whether to come to their defense.

Trump's rhetoric has challenged the strategic underpinning of the NATO alliance, rattling its leaders at a time when Russia has been increasingly aggressive.

Daniela Schwarzer, an expert on trans-Atlantic relations at the German Council on Foreign Relations, said Germany and Europe can't rely on its partnership with the U.S. because of Trump's stated policies.

"As a candidate, Trump called into question NATO and trade agreements, and reached out to Moscow," she said. "His campaign of discrimination, lies and aggression harmed the principles of liberal democracy. Even if President Trump doesn't implement everything, Germany and Europe can't rely on the trans-Atlantic partnership as usual and have to stand up for Western values themselves."

German Defense Minister Ursula von der Leyen called the vote "a big shock" and "a vote against Washington, against the establishment."

Trump's victory pleased leaders of the nationalist Alternative for Germany party who said it will have a ripple effect and help change the balance of political power in Germany and the rest of Europe. The party has campaigned strongly against Chancellor Angela Merkel's policy of letting hundreds of thousands of migrants into the country.

"It was high time that people disenfranchised by the political establishment get their voice back in the United States of America too," party co-leader Frauke Petry said.

The French populist, anti-immigrant politician Marine Le Pen was also pleased. She congratulated Trump even before the final results were known, tweeting her support to the "American people, free!"

"There is a part of our electorate that feels ... abandoned," including people who feel "left behind by globalization," he said.

Trump's victory is being viewed with shock and revulsion in Ireland, a country close to the Clintons and fearful of Trump's campaign pledge to confront U.S. companies using Ireland as a tax shelter.

"President Trump is the creation of the same demographic that gave Europe its far-right authoritarian movements with such disastrous consequences for the world," he wrote.

British Prime Minister Theresa May issued a statement saying she looks forward to working with Trump. Many other European leaders did the same.

Putin sent Trump a telegram Wednesday morning congratulating him on his victory.

He said in a televised statement that Russia is ready to "do everything" to restore Russian-U.S. relations, which have been badly strained in recent years.

Moscow has been unusually prominent in the race. Clinton's campaign and the Obama administration blamed Russian hackers for leaked emails from the Democratic National Committee and Clinton campaign staff. Trump, in turn, has made complimentary remarks about Putin. The ties some of his advisers and former campaign officials have to Russia have raised suspicions.

In Asia, security issues and trade will top the agenda for the new administration, from North Korea and the South China Sea to the contentious and yet-unratified Trans-Pacific Partnership trade agreement.

Chinese state media and government-backed commentators had signaled Beijing's preference for a Trump win. Like Russia, China is seen as favoring Trump because he appears less willing to confront China's newly robust foreign policy, particularly in the South China Sea.

Clinton, by contrast, is disliked in Beijing for having steered the U.S. "pivot" to Asia aimed at strengthening U.S. engagement with the region, particularly in the military sphere.

Scholar Mei Xinyu wrote in the Communist Party newspaper Global Times that China would find it easier to cope with a Trump presidency.

"Trump has always insisted on abandoning ideological division and minimizing the risks that unnecessary conflicts with other countries may bring to the U.S.," Mei wrote.

News of Trump's widening lead hit hard in Cuba, which has spent the last two years negotiating normalization with the United States after more than 50 years of Cold War hostility, setting off a tourism boom. Trump has promised to roll back Obama's opening with Cuba unless President Raul Castro agrees to more political freedoms.

"If he reverses it, it hurts us," taxi driver Oriel Iglesias Garcia said. "You know tourism will go down." 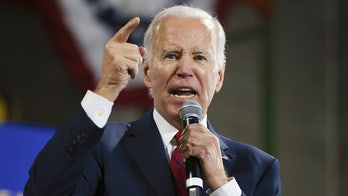 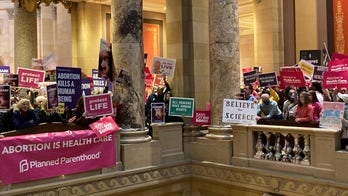 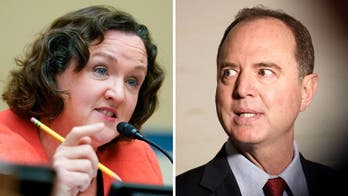