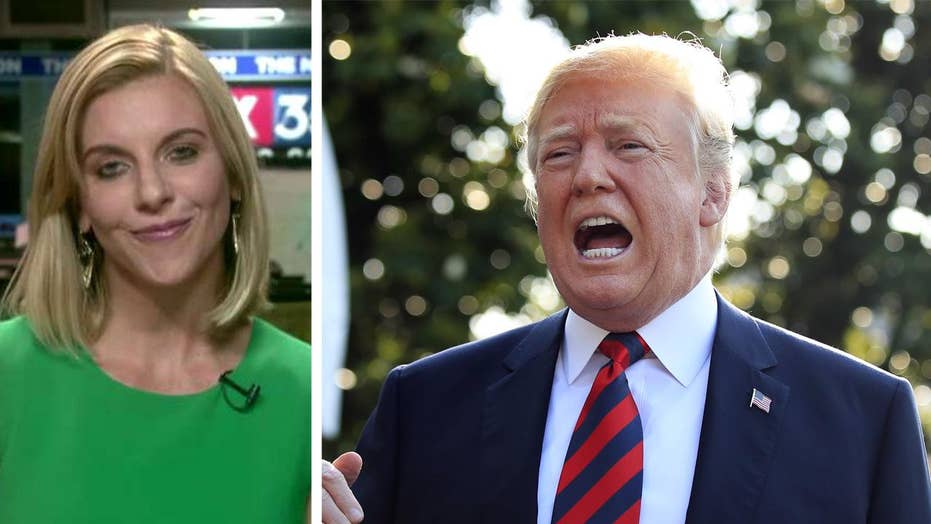 President Trump looking at list of thousands to pardon

President Trump says he is looking at thousands of names regarding potential pardons because many of these people have been treated unfairly; reaction from attorney Whitney Boan on 'Your World.'

Seen as a “sign of forgiveness,” the president of the United States has the authority to grant pardons to individuals.

President Trump has pardoned seven individuals since he took office in 2017. Their offenses range from drug convictions to arson.

Read on for a look at who has been pardoned under the Trump administration.

Father and son cattle ranchers Dwight and Steven Hammond were pardoned together by Trump in July 2018. The two had been imprisoned for setting fires on federal lands, sparking a 41-day takeover of a wildlife refuge in the state.

“The Hammonds are multi-generation cattle ranchers in Oregon imprisoned in connection with a fire that leaked onto a small portion of neighboring public grazing land,” the White House said in a statement. “The evidence at trial regarding the Hammonds’ responsibility for the fire was conflicting, and the jury acquitted them on most of the charges.”

Dwight Hammond, 76, has served about three years in prison already; Steven Hammond 49, has served four. They have also paid $400,000 to the U.S. in a civil suit.

Conservative filmmaker Dinesh D’Souza, who was convicted of making illegal campaign contributions in 2014, was pardoned by Trump in May 2018.

“Mr. D’Souza was, in the President’s opinion, a victim of selective prosecution for violations of campaign finance laws,” White House press secretary Sarah Sanders said in a statement. “Mr. D’Souza accepted responsibility for his actions, and also completed community service by teaching English to citizens and immigrants seeking citizenship.”

The late powerhouse boxer Jack Johnson, who had a storied athletic career while refusing to adhere to social norms, was posthumously pardoned by Trump in May 2018.

Johnson was convicted in 1913 for violating the Mann Act, which made it illegal to transport women across state lines for “immoral” reasons. He spent seven years as a fugitive after he was convicted. But he eventually returned to the U.S. and turned himself in.

“It's my honor to do it. It's about time,” Trump said from the Oval Office.

I. Lewis “Scooter” Libby, the former chief of staff to Vice President Dick Cheney, was pardoned in April 2018.

Libby, 67, had been convicted in 2007 on perjury charges related to an investigation into the leak of a CIA agent’s name to the press. His sentence had been commuted by former President George W. Bush previously.

“I don’t know Mr. Libby,” Trump said in a statement, “but for years I have heard that he has been treated unfairly.  Hopefully, this full pardon will help rectify a very sad portion of his life.”

Trump has long denounced the government’s handling of the case against Kristian Saucier, a former Navy sailor who took photos of classified areas on a nuclear submarine. In March 2018, Trump issued a pardon.

“The president has pardoned Kristian Saucier, a Navy submariner,” Sanders said. “Mr. Saucier was 22 years old at the time of his offenses and has served out his 12-months sentence. He has been recognized by his fellow service members for his dedication, skill and patriotic spirit.”

“While serving, he regularly mentored younger sailors and served as an instructor for new recruits. The sentencing judge found that Mr. Saucier's offense stands in contrast to his commendable military service. The president is appreciative of Mr. Saucier's service to the country," Sanders added.

Arizona Sheriff Joe Arpaio was pardoned in August 2017. Arpaio, 86, had been found guilty of criminal contempt of court for willfully defying a judge’s order to stop traffic patrols that targeted immigrants.

“Sheriff Joe Arpaio is now 85 years old, and after more than 50 years of admirable service to our Nation, he is worthy candidate for a Presidential pardon,” the White House said in a statement at the time.