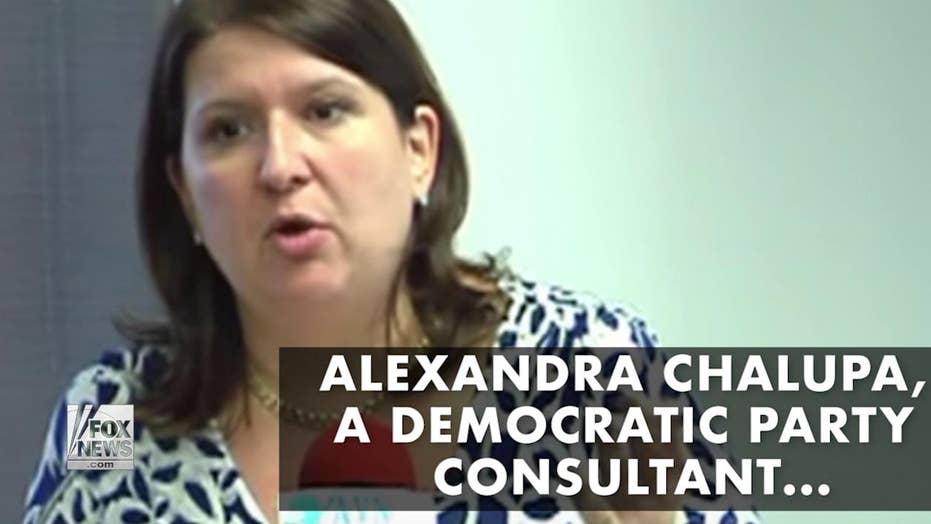 Sen. Chuck Grassley sent a letter to the DOJ asking questions about a DNC consultant’s relationship with Ukraine

Republicans in Congress have joined the White House in asking questions about the extent to which a Democratic Party consultant may have worked with Ukrainian officials to hurt then-candidate Donald Trump's presidential bid last year.

Senate Judiciary Committee Chairman Chuck Grassley wrote a letter earlier this week to the Justice Department asking whether the Democratic National Committee broke the law. Grassley, R-Iowa, specifically asked if the DOJ was investigating Alexandra Chalupa, a Ukrainian-American DNC consultant who allegedly had meetings at the Ukrainian Embassy in Washington, D.C., to discuss incriminating information about Trump campaign officials.

President Trump, trying furiously to tamp down the controversy over alleged Russian coordination with his associates, has questioned why the same scrutiny is not being applied to the Democrats' alleged Ukraine connection.

In a Tuesday tweet, he complained about the lack of an investigation into Ukraine efforts to "sabotage" his campaign.

Prying into such claims, Grassley's letter to Deputy Attorney General Rod Rosenstein flagged the “deficient enforcement” of the Foreign Agents Registration Act (FARA) and asked why the Justice Department did not require Chalupa to register.

“Chalupa’s actions appear to show that she was simultaneously working on behalf of a foreign government, Ukraine, and on behalf of the DNC and Clinton campaign, in an effort to influence not only the U.S. voting population but U.S. government officials,” Grassley wrote to Rosenstein, claiming that if that were the case, Chalupa would have been required under law to register under FARA.

FARA requires individuals to register with the Justice Department if they act, even through an intermediary, “as an agent, representative, employee or servant” or “in any other capacity” at the behest of a foreign actor to engage with a U.S. official, according to Grassley’s letter.

But Chalupa’s attorney, Conrad Nowak of Hinshaw Culbertson, LLP told Fox News that the law was “inapplicable” to Chalupa’s actions.

“When discussing the actions of Alexandra Chalupa, the spirit and letter of FARA could not be more inapplicable. In contrast, Mr. Manafort, we must remember, was in fact directly working for a foreign entity for enormous sums of money,” Nowak said, referring to former Trump campaign manager Paul Manafort. “Chalupa was nothing more than an individual involved in ethnic relations, not unlike countless other ethnic and heritage communities throughout the United States.”

Chalupa, who has since left the DNC, worked as a part-time consultant, primarily in ethnic-American outreach.

Her attorney blamed the “attack” over her activities and the “attempt to force them into FARA” as “nothing more than continued anti-immigrant, anti-ethnic rhetoric.”

Nowak did, however, point out that FARA has “never had a successful prosecution under its provisions,” and that it “exempts certain cultural, social or academic activities.”

“It’s my belief that all of this is nothing more than misdirection from the real issue and that is Russian intervention in our presidential election, which it is important to point out, has been already proved and supported by intelligence agencies,” Nowak said. “Believe me, if there was anything to this Ukraine red herring, we would’ve heard about it a long time ago.”

Chalupa was first brought into the conversation in January, after Politico published a report exposing her as a DNC operative, who worked in the Clinton White House and met with officials in the Ukrainian Embassy in an effort to expose ties between Manafort and Russia.

Even before Trump tweeted on Tuesday, the White House was raising questions about Democrats' ties to Ukraine. Press Secretary Sarah Huckabee Sanders even suggested it could amount to "collusion" -- the same charge critics level against the Trump team and Russia.

A DNC spokeswoman told Fox News the White House has been “pushing this narrative” to “distract.”

“No one is buying it,” DNC Deputy Communications Director Adrienne Watson told Fox News. “The Trump campaign embraced an offer from a hostile foreign government to interfere in our elections. Trump and some of his family watched for months as the Kremlin attacked our democracy, and did nothing but encourage and celebrate their efforts.”

Watson added: “The FBI is investigating whether the Trump campaign was involved in these efforts.”

But Grassley has applied scrutiny to both sides of the aisle. His committee initially subpoenaed Manafort to appear in a public hearing Wednesday to discuss the same issue – Foreign Agent Registration. The committee then reached an arrangement with Manafort to avoid public testimony for now.