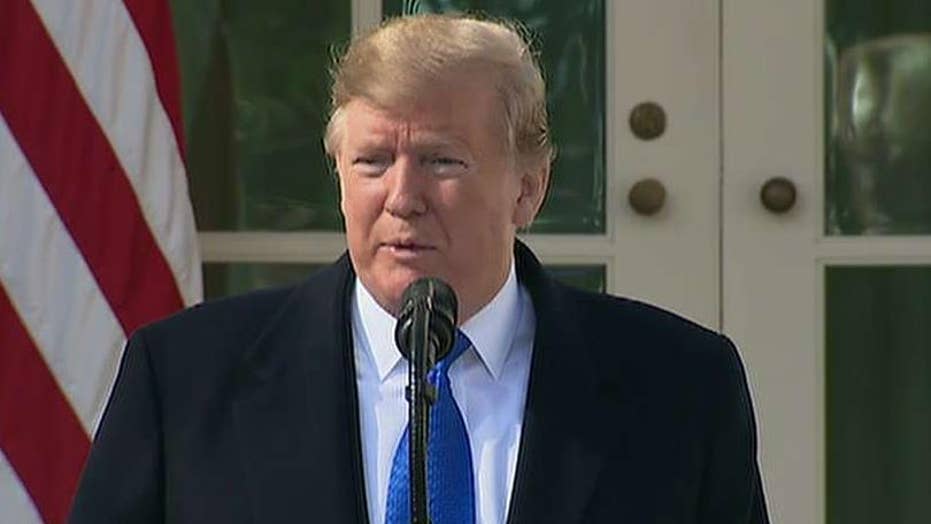 House Democrats moved Friday to neutralize President Trump’s declaration of a national emergency along the U.S.-Mexico border, introducing a resolution to block the edict – and setting up a fight that could lead to the president’s first veto.

The resolution from Rep. Joaquin Castro, D-Texas, whose brother Julian is running for president, enjoys overwhelming support from fellow majority Democrats in the House. He announced overnight the measure had 222 cosponsors, slamming what he dubbed the “FakeTrumpEmergency” and the border wall the president wants to fund. By Friday morning, Castro said he'd picked up several more supporters, including Republican Rep. Justin Amash.

“[Trump] is dishonoring the office in which he serves,” House Speaker Nancy Pelosi, D-Calif., said on a press call with Castro.

The level of support for the resolution all but guarantees it will pass the House. But there is a chance the Republican-controlled Senate could follow suit.

Sen. Susan Collins, R-Maine, said earlier this week she’d support such a measure. Several other Republicans have voiced concern over the president’s declaration – raising the possibility the measure could clear the chamber. Such a scenario would expose a striking fracture in the party over the president’s decision, while likely compelling Trump to issue the first veto of his administration – one likely to be sustained. 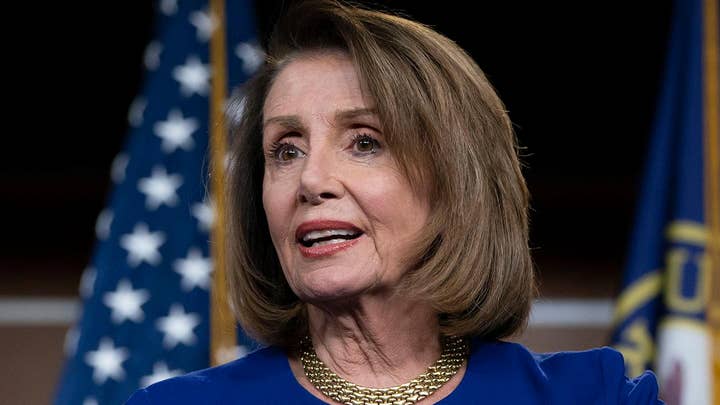 Trump, though, maintains the wall is needed to protect the country from illegal immigration, crime and drugs. He has highlighted construction already underway, while pledging to press forward with more as he braces for not only the fight with Congress but a legal battle launched earlier this week by more than a dozen Democrat-led states.

In response to that lawsuit, he slammed “Open Border Democrats and the Radical Left.”

A staff aide introduced the measure during a short pro forma session of the House in which Rep. Don Beyer, D-Va., presided over an almost empty chamber.

Pelosi has promised that the House will "move swiftly" to pass the measure, predicting in her letter to colleagues that "the resolution will be referred to the Senate and then sent to the President's desk."

Trump declared the emergency last Friday, a decision tied to his signing of a government spending package that averted a second shutdown. While that package included $1.4 billion to build 55 miles of border barrier – far less than Trump sought – Trump aims to use the emergency declaration and other tools to free up billions more.

That money would be transferred from a federal asset forfeiture fund, Defense Department anti-drug efforts and a military construction fund. Federal officials have yet to identify which projects would be affected.