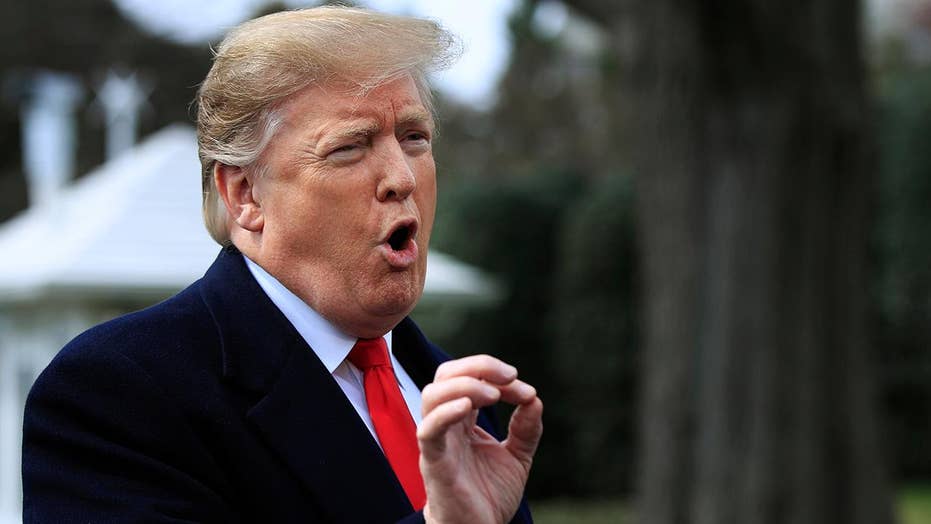 Trump goes on the attack against George Conway; Raymon Arroyo has this week's edition of Seen and Unseen on 'The Ingraham Angle.'

While President Trump is facing murmurs of a primary challenge – as well as a massive field of Democratic candidates jockeying to take him on – the incumbent president enters the 2020 melee with an undeniable advantage: a war chest that would be the envy of any modern president.

Unlike most incumbents, Trump started his re-election bid on day one of his presidency. He filed papers with the Federal Election Commission within hours of being inaugurated on Jan. 20, 2017. Many saw it as a comical – albeit in character – step for the audacious Trump. Yet, by doing so he was able to raise huge sums of money four years before the election.

Despite the fundraising totals, the president still faces serious election challenges. His approval rating has remained stagnant in the mid-40s, with the latest Fox News poll showing him at 46 percent. The 2018 midterms had historically high participation and enthusiasm on the Democratic side, which helped the party flip the House.

These vulnerabilities have led some Republicans to think there’s room for a primary challenge. Gov. Larry Hogan of Maryland has done several interviews insinuating that he’s interested in a run.

“I would say I’m being approached from a lot of different people,” Hogan told CBS News last month. “And I guess the best way to put it is I haven’t thrown them out of my office.”

But Trump’s cash would stand as a sizeable deterrent to any Republican hoping to start a primary bid from scratch – while going up against not only his war chest but the GOP establishment.

Analysts say while there are obvious vulnerabilities for Trump, particularly if Special Counsel Robert Mueller’s team concludes their investigation with incriminating evidence, they do not see a clear way forward for a primary challenger.

“He's certainly not vulnerable from the middle,” Republican strategist Alex Conant said of Trump. “There's just not enough moderate voters inside the GOP to win a primary.”

Ford O’Connell, a Republican strategist who also chairs the conservative CivicForumPac, said the party is committed to win and they see Trump as their path to victory.

“There are two chances that Trump won’t be the nominee -- and they are slim and none and slim has already left town,” said O’Connell.

Democrats, of course, hope none of this dissuades primary challengers from jumping in.

“It would be wonderful” if Trump faced a primary challenge, said David Heller, a Democratic strategist who is unaffiliated on the presidential side this cycle. “It would be wonderful all the way around. Because what it would do is it would divide the Republican Party [and] force Trump spend money on the primary that he couldn’t use for general. It would take Republicans who aren’t comfortable with his unique brand and give them a place to go to distance themselves from the president.”

This is a possibility Republicans apparently see as well. The Republican National Committee signed a data-sharing agreement last year with the Trump campaign to help them organize and funnel data from rallies and events into one massive voter database. They also passed a resolution at their winter meeting this year that gives Trump the party’s undivided support.

“President Trump enjoys unprecedented support among Republicans,” said an RNC spokeswoman. “He has already delivered a long list of incredible accomplishments for conservatives and the country. The RNC and the Republican Party are firmly behind the president. Any effort to challenge the president’s nomination is bound to go absolutely nowhere.”

2020 DEMS GIVE GREEN-LIGHT FOR THEIR OWN CAMPAIGNS TO UNIONIZE, IN LATEST SIGN OF ACTIVIST INFLUENCE

State parties have also taken steps to try and protect the incumbent president. South Carolina has even considered skipping its GOP primary in 2020. Iowa and New Hampshire both plan to have their contests but say even if a challenger competes in their states, it’s likely a fool’s errand.

"If there is a viable challenge to the incumbent president, past practice is to allow caucus-goers to indicate their presidential preference,” said Jeff Kaufmann, who chairs the Republican Party of Iowa. “But potential challengers should know that Iowa is the heart of Trump country.”

Primary challenges to incumbent presidents have a history of failing – including Pat Buchanan against George H.W. Bush in 1992, Ted Kennedy against Jimmy Carter in 1980 and Ronald Reagan against Gerald Ford in 1976. However, in all three of those cases, the bruised incumbent went on to lose the White House in the general election.

Democrats, meanwhile, could be poised to keep pace with Trump’s fundraising – once the chaotic and crowded primary resolves.

Several candidates who have already declared – including Beto O’Rourke, Bernie Sanders and Kamala Harris – reported raising over $1 million in the first 24 hours after officially jumping into the race. O’Rourke has set the first-day record so far, bringing in a whopping $6.1 million.

For their part, Trump’s team isn’t taking anything for granted. According to the Facebook ad archives, the Trump Make America Great Again Committee has spent over $6 million on over 100,000 ads between May 2018 and mid-March 2019. The campaign itself spent nearly $4 million on just under 84,000 ads in that same time period, far outpacing the Democrats. 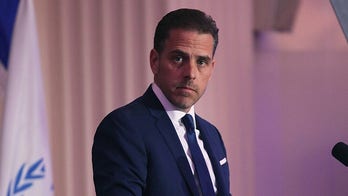 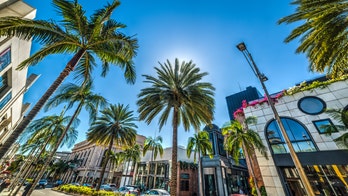 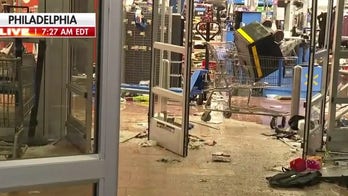