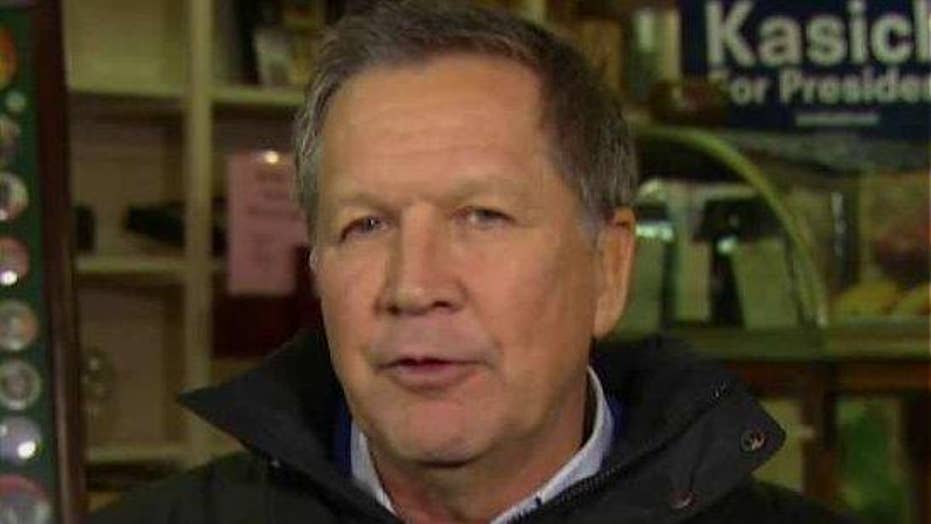 Kasich on whether he could be the surprise in New Hampshire

On 'The Kelly File,' presidential candidate responds to new attacks

He and Kasich each got 21 percent of the late-deciders, compared to 13 percent each for Bush and Rubio, the exit polls show.

Undeclared New Hampshire voters can vote in either party's primary. They made up roughly 44 percent of the electorate this year and were expected to be a late, deciding factor.

Trump led Rubio and the rest of the GOP field by double digits going into Tuesday.

His direct, get-tough campaign rhetoric has captured the interest of voters and potential voters since he vowed when declaring his candidacy this past summer to build a wall along the U.S.-Mexico border to keep out “drug dealers” and other criminals.

And the Fox exit polls reflect those “angry” with the federal government still favored Trump, a first-time candidate.

Of the New Hampshire voters looking for their next president to have elected-office experience, most favored Kasich, also a former congressman. He got 25 percent of that vote, followed by Bush with 22 percent, Rubio with 19 percent and Cruz with 14 percent.

Kasich and Bush had campaigned strongly in New Hampshire and hoped to have a good showing Tuesday night to keep alive their respective White House bids.

Cruz won the Iowa Republican Caucus last week by appealing to evangelical Christian voters. However, just 23 percent of the New Hampshire electorate is evangelical, compared to 62 percent in Iowa, according to Fox polls.