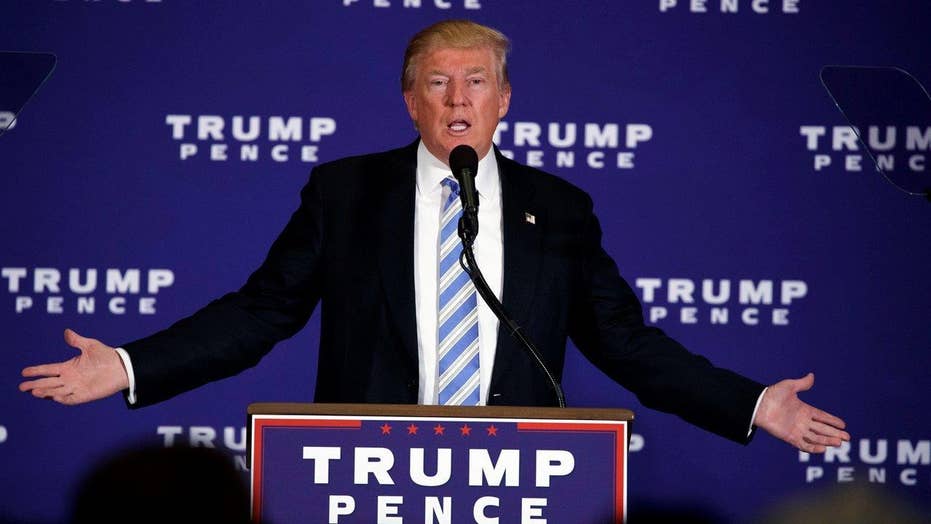 Donald Trump vowed Saturday to sue every woman who has accused him of sexual assault or other inappropriate behavior, as an adult film star claimed publicly that the Republican presidential nominee offered her $10,000 for sex 10 years ago.

Trump called his accusers "liars" and blamed the Democrats for orchestrating their allegations.

Trump's campaign had billed his speech in Gettysburg, Pa. as a chance for the nominee to lay out a to-do list for his first 100 days as president, but it did not take long for him to address the accusations against him.

"All of these liars will be sued once the election is over," Trump said, then added: "I look so forward to doing that."

Jessica Drake said Saturday that she met Trump at a golf tournament in Lake Tahoe a decade ago while working at a booth for the adult film company Wicked Pictures. She claimed the billionaire kissed her and two other women on the lips "without asking for permission."

"After I returned to my room, I received a call from a man calling on Donald's behalf," Drake said. "He said Donald wanted me to come back upstairs to his suite. I indicated I did not wish to return. Then Donald called, asking me to come to his suite and have dinner with him. He also invited me to a party; I declined."

IN GETTYSBURG, TRUMP SAYS HE CAN BRING THE 'CHANGE' TO END ‘RIGGED’ SYSTEM

Drake said Trump ultimately offered her $10,000 and the use of his private jet.

"Mr. Trump does not know this person, does not remember this person and would have no interest in ever knowing her," a Trump campaign spokesman told Fox News.

Eleven women have publicly accused Trump of unwanted advances or sexual assault in the weeks since a 2005 recording emerged in which the former reality TV star boasted of kissing women and groping their genitals without their consent.

Speaking to reporters aboard her campaign plane, Clinton said: "I saw where our opponent Donald Trump went to Gettysburg, one of the most extraordinary places in American history, and basically said if he's president he'll spend his time suing women who have made charges against him based on his behavior."

Clinton also rejected Trump's suggestion that the Democratic National Committee or her campaign were encouraging women to level accusations against Trump, saying "that is just not accurate."

In the policy portion of his speech, Trump vowed to lift restrictions on domestic energy production, label China as a currency manipulator and renegotiate the North American Free Trade Agreement, familiar themes to supporters who have flocked to his rallies this year.

"This is my pledge to you, and if we follow these steps, we will once again have a government of, by and for the people," Trump said, invoking a phrase from President Abraham Lincoln's Gettysburg Address.

Though mostly a recap of policies he's proposed before, Trump's speech included a few new elements, such as a freeze on hiring new federal workers and a two-year mandatory minimum sentence for immigrants who re-enter the U.S. illegally after being deported a first time. In a pledge sure to raise eyebrows on Wall Street, he said he'd block a potential merger between AT&T and media conglomerate Time Warner.

Translating his proposals into digestible bullet points, he offered to-the-point titles for the legislative vehicles he'd need Congress to approve to accomplish his goals, such as the "End Illegal Immigration Act" and the "Repeal and Replace Obamacare Act."

Throughout the GOP primary, Trump was criticized for shying away from detailed policy proposals. But his speech, which aides said would form the core of his closing argument to voters, underscored how the billionaire has gradually compiled a broad -- if sometimes vague -- policy portfolio that straddles conservative, isolationist and populist orthodoxies.

Trump didn't say what kind of lawsuits he planned to file against the women, but any libel litigation could be complicated by the fact that Trump, in the 2005 recording, bragged about the same kind of conduct the women now accuse him of perpetrating. Trump recently vowed to sue The New York Times for libel, but has not yet followed through on the threat.

Fox News' Christopher Snyder and The Associated Press contributed to this report.