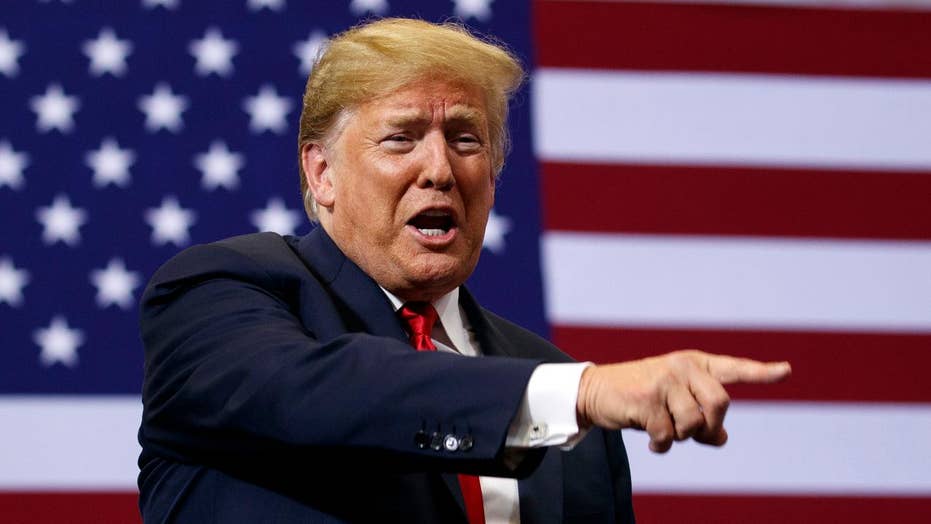 Bill Bennett: Border crisis was a political win for Trump

President Trump hits back at Democrats after Republican immigration bill fails in the House.

DEVELOPING – President Trump said on Sunday that he would be willing to shut down the federal government if the Democrats do not agree to Republican demands about funding for a wall along the U.S.-Mexico border.

Trump wrote on Twitter that border security "includes the Wall! Must get rid of Lottery, Catch & Release etc. and finally go to system of Immigration based on MERIT! We need great people coming into our Country!"

The White House has been embroiled in controversy over the ongoing efforts to reunite families separated at the border who were attempting to enter the United States illegally.

During his most recent weekly address, Trump cited the 9/11 terrorist attacks to justify strong enforcement of immigration laws and the continued necessity of Immigration Customs & Enforcement, the agency which has come under fire from Democrats in recent months.

A recent House bill would devote $5 billion to a southern border wall, but its passage in the Senate, where it would need the support of Democrats to reach the required 60-vote threshold, remains a longshot.

Sen. John Cornyn, R-Texas, who is the majority whip, told the Washington Examiner that Senate Minority Leader Chuck Schumer, D-N.Y., was once ready to offer $25 billion in border security funding in exchange for a pathway to citizenship for Dreamers.

However, Schumer has since withdrawn that offer, which at the time was rejected by Republicans and President Trump, who wanted additional immigration reforms.

In April, Trump threatened to shut down the government during a rally in Michigan, stating that more money was needed to fund the border wall.

“We come up again on September 28th and if we don’t get border security we will have no choice, we will close down the country because we need border security,” he said, according to Reuters.

During an interview on iHeart Radio Friday, Republican Majority Leader Mitch McConnell said border wall funding will probably have to wait until after the midterms.

The federal government shut down briefly for three days in January after lawmakers could not agree on funding for immigration reform, border security and disaster relief.

Trump, who made security and building a border wall a  centerpiece of his 2016 presidential campaign, also said that Mexico would pay for the new wall.