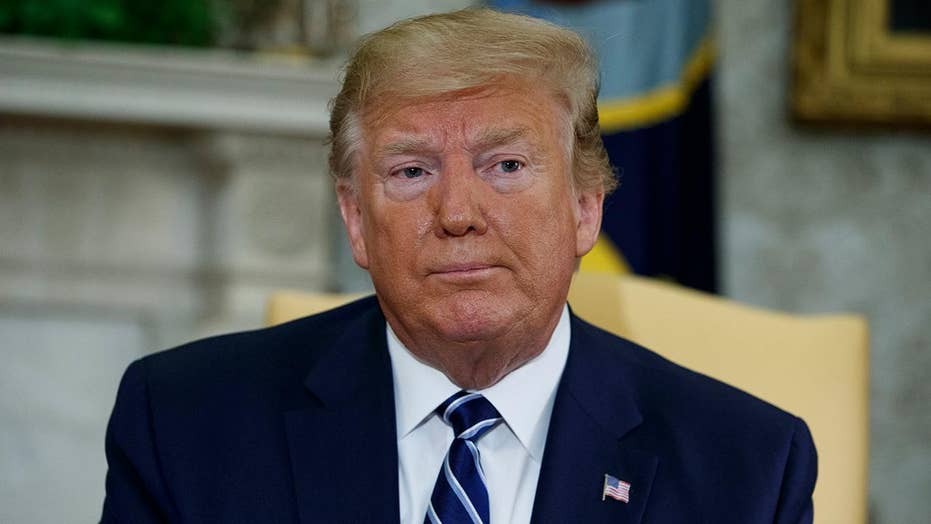 Trump publicly shares why he called off Iran strike

Jonathan Schanzer and Michael O’Hanlon weigh in on President Trump’s decision to publicly state that he was planning to attack Iran and why he chose to stop it.

The commander-in-chief turned troller-in-chief Friday, tweeting out a video sure to send shivers down the spines of his biggest critics.

President Trump posted the short video Friday afternoon, which was based on a TIME Magazine cover from October 2018. The magazine's cover showed a series of "Trump" election signs, with the years extending out until 2044. "How Trumpism outlasts Trump," the cover read.

In the president's version of the video, it zoomed in on one of the signs, superimposing a picture of himself hovering over it. Instead of stopping at 2044, the years continued to climb at a rapid rate, until the sign finally read: "Trump 4EVA."

The video was originally created by Twitter user Carpe Donktum.

The latest trolling efforts from the president received wide-ranging reviews, many from concerned journalists as well as his most ardent supporters.

Some of the president's harshest critics have speculated over whether or not Trump would leave office voluntarily after an election defeat. Most notably "Real Time" host Bill Maher, who is convinced he will not leave the White House if he loses in 2020.