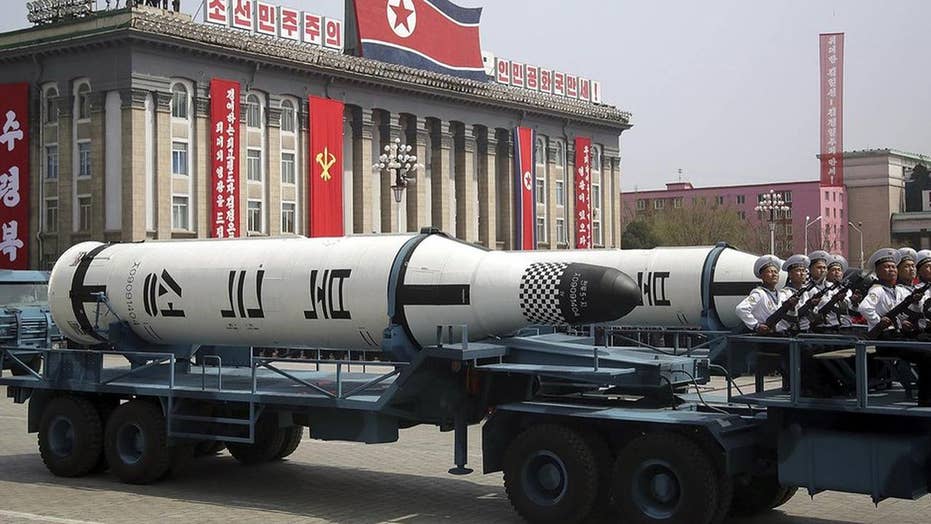 President Donald Trump reportedly will push North Korean leader Kim Jong Un to dismantle his nuclear program when they meet in the coming months, and will not lift economic sanctions until North Korea has substantially dismantled its nuclear programs.

A senior administration official told The Wall Street Journal that Trump will work to avoid the mistakes of previous administrations.

“If North Korea is willing to move quickly to denuclearize, then the sky is the limit,” the source said. “All sorts of good things can happen.”

“If North Korea is willing to move quickly to denuclearize, then the sky is the limit. All sorts of good things can happen."

The North Korean leader made a surprise announcement on Saturday, promising to suspend tests of nuclear weapons and close the country’s nuclear test site.

But Kim also hinted that he might not be willing to give up the existing nuclear weapons, in line with his previous promises to never give up the “treasured sword” he perceives as protection against U.S. “hostility.”

Trump hailed the move to suspend the tests as “big progress” on Friday, but later urged caution, tweeting: “We are a long way of conclusion on North Korea, maybe things will work out, and maybe they won’t—only time will tell.”

According to the Journal, the North Korean leader urged CIA Director Mike Pompeo toward a phased agreement in which all sides make certain concessions stretched out over multiple years.

But the Trump administration remains skeptical of a prospect of granting economic and diplomatic benefits before the country dismantles its nuclear arsenal.

“They are not going to get the sort of relief from economic sanctions I am sure they are looking for in the absence of dramatic progress in dismantling their programs,” the official said.