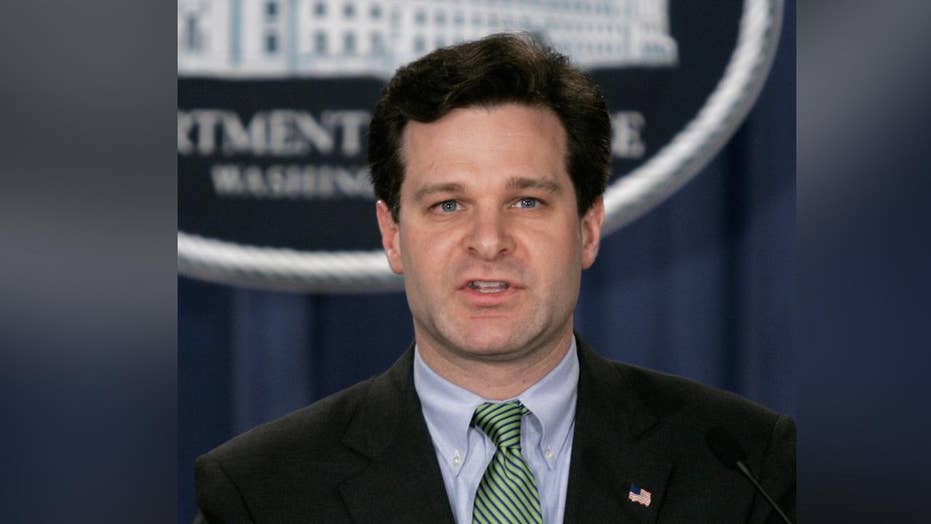 Trump to nominate Christopher Wray to be new FBI director

President Trump on Wednesday said he intends to nominate former assistant attorney general Christopher Wray to be the next FBI director.

Wray, currently a litigation partner at King & Spalding, would replace Acting FBI Director Andrew McCabe, who took over when James Comey was fired by Trump in May.

“I will be nominating Christopher A. Wray, a man of impeccable credentials, to be the new Director of the FBI. Details to follow,” Trump tweeted.

The announcement came ahead of a Senate hearing where McCabe, among others, was set to testify. Fired FBI boss James Comey also is set to testify before a Senate committee on Thursday.

Wray will need Senate confirmation to take over the bureau.

"Chris Wray is an extraordinary person, possessing all the gifts necessary to be a great Director of the FBI," Attorney General Jeff Sessions said in a statement. "I congratulate President Trump for choosing a leader of proven skill, independence, and integrity, a man in whom all Americans can have confidence."

Trump met with Wray on May 30, with Wray emerging as a late contender for the FBI job.

Former Sen. Joseph Lieberman had been seen as front-runner for the gig, but Lieberman took himself out of consideration after Trump hired Marc Kasowitz to defend him in any Russia-related investigations. Lieberman is senior counsel for the New York-based Kasowitz Benson Torres LLP.

McCabe was interviewed for the full-time job; however, he was never seen as a serious possibility given his wife's connections to Democratic Virginia Gov. Terry McAuliffe and his own relationship with Comey. A McAuliffe-linked group donated $500,000 to the Senate campaign of Jill McCabe.

Wray was nominated as assistant attorney general in charge of the DOJ's criminal division in 2003 and served in that role until 2005. After he left the Justice Department, Wray returned to private practice, focusing on "white collar and internal investigations," according to his DOJ biography.

During his time at DOJ, Wray became known for overseeing the Enron prosecution task force and playing a major role in the department's post-9/11 response.

In private practice, Wray also served as New Jersey Gov. Chris Christie's lawyer during the "Bridgegate" saga. Christie has been a close confidant of Trump's, but it's unknown if the two discussed the pick.

"I have the utmost confidence in Chris," Christie told NorthJersey.com last week. "He's an outstanding lawyer. He has absolute integrity and honesty, and I think that the president certainly would not be making a mistake if he asked Chris Wray to be FBI director."

Wray as FBI head would be stepping into a maelstrom, with the ongoing Russia investigations swirling overhead, as the bureau also attempts to continue anti-terror operations and finding the sources of persistent government leaks.

Wray graduated from Yale in 1989 and received his law degree in 1992 from Yale Law School, where he served as the executive editor of Yale Law Journal. He joined the U.S. Attorney's Office for the Northern District of Georgia in 1997 and began working at Main Justice in 2001.

Wray received the Edmund J. Randolph Award, the DOJ's highest award for public service and leadership, when he left the Justice Department in 2005.