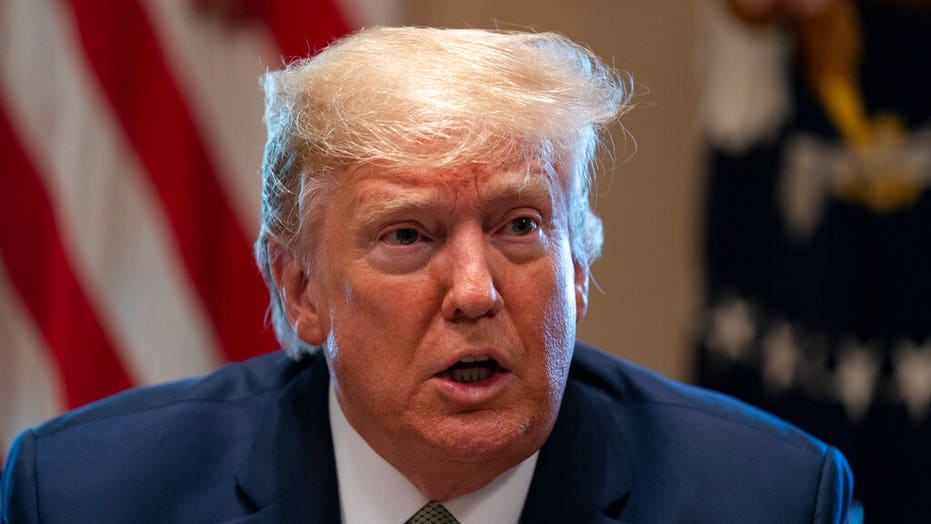 In the midst of the coronavirus pandemic, President Trump will now hold the annual G-7 Summit in June via teleconference, rather than inviting the other six other G-7 nations to Camp David as originally planned.

Trump had originally planned to host the leaders of the seven major industrial nations -- Britain, Canada, France, Germany, Italy, and Japan along with the United States -- at his private golf resort in Miami, before moving it to Camp David after public criticism. Now the leaders will convene electronically to allow “each country to focus all of its resources on responding to the health and economic challenges of COVID-19,” economic advisor Larry Kudlow informed his colleagues, according to White House spokesman Judd Deere.

Trump already spoke with G-7 leaders Monday in a meeting organized by French President Emmanuel Macron. Deere said Trump, who holds leadership of the group this year, would hold virtual meetings monthly as the world battles COVID-19 and its economic fallout.

The announcement came as the world has faced 229,390 cases of the novel coronavirus and 9,325 deaths and many countries across the globe institute travel bans and social distancing guidelines. The U.S. currently has 10,755 confirmed cases and 154 deaths. Trump irritated certain G-7 nations when he instituted a European travel ban without consulting European leaders.