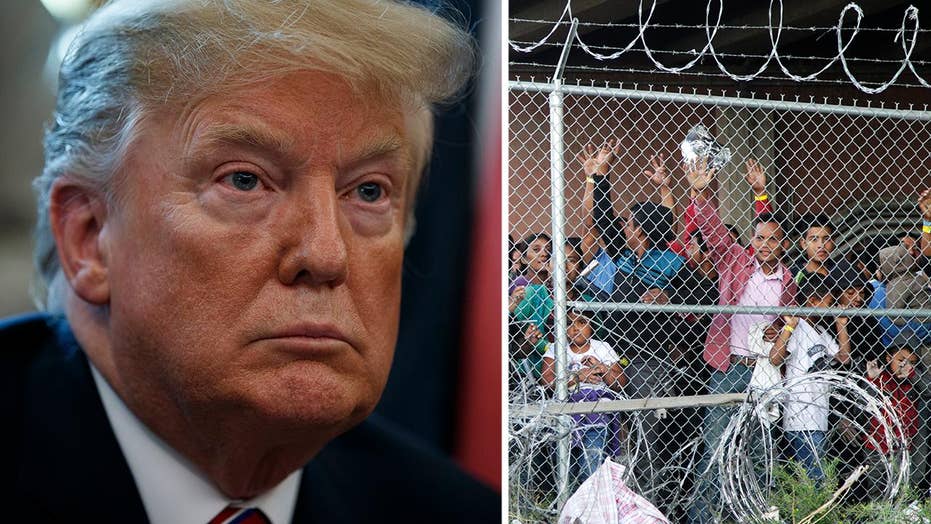 President Trump tweets a threat to close the southern border as CBP warns the crisis has reached a 'breaking point.'

President Trump threatened to close the southern border on Thursday, accusing Mexico and Central American nations of doing “nothing” as illegal immigration surges.

“Mexico is doing NOTHING to help stop the flow of illegal immigrants to our Country. They are all talk and no action. Likewise, Honduras, Guatemala and El Salvador have taken our money for years, and do Nothing. The Dems don’t care, such BAD laws. May close the Southern Border!” Trump tweeted early Thursday.

The president’s tweets come after U.S. Customs and Border Protection Commissioner Kevin McAleenan said the border was at its “breaking point,” noting there are not enough agents to respond to the flow of illegal immigrants crossing the U.S.-Mexico border.

Meanwhile, the president, whose paramount 2016 campaign promise was to build a wall along the U.S.-Mexico border, declared a national emergency in a bid to free up funding for the barrier along the border. This month, the president issued his first veto on a Democrat-backed measure to cancel the emergency.