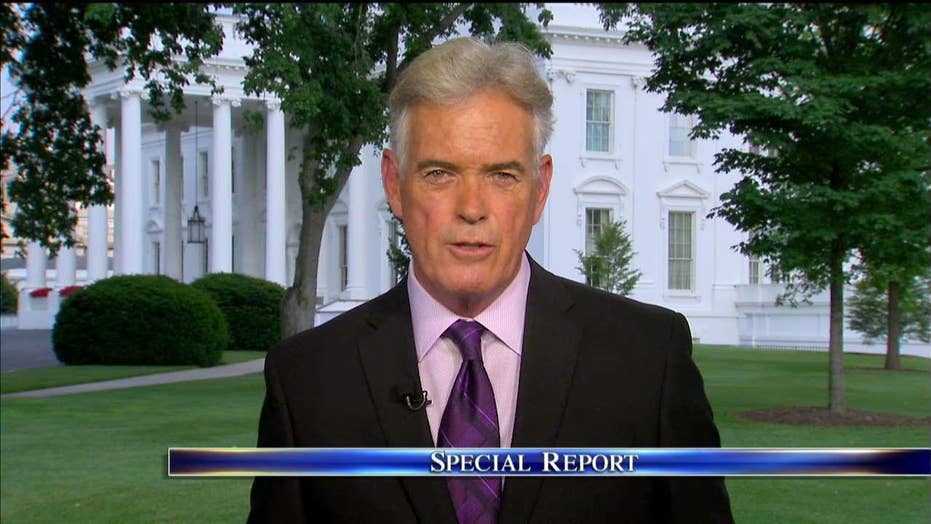 President Trump told Republican senators Tuesday that the bill passed by the House to repeal and replace ObamaCare is "mean," "harsh," and "coldhearted," multiple GOP and Senate sources have told Fox News.

The sources added that Trump told the group of 15 Republicans that they should build a "more generous" and "more kind" version of the American Health Care Act.

Trump's remarks, made during a White House lunch, were a surprising critique of the House measure whose passage he lobbied for and praised. At a Rose Garden ceremony minutes after the bill's narrow House passage last month, Trump called it "a great plan."

The president's comments also seemed to undercut efforts by Senate conservatives to include restrictions in their chamber's bill, such as cutting the Medicaid health care program for the poor and limiting the services insurers must cover. Moderate GOP senators have been pushing to ease those efforts.

Facing expected unanimous Democratic opposition, Republicans will be unable to pass a Senate bill if just three of the 52 GOP senators vote "no." Alienating any of them could make approving the measure trickier for Senate Majority Leader Mitch McConnell, R-Ky., who's been hoping for a vote before Congress' July 4 recess.

Sen. John Thune, R-S.D., one of the lawmakers at the lunch, told Fox News' "Special Report with Bret Baier" Tuesday that he would not "confirm anything that the president did or didn’t say with respect to either the House bill or the Senate process.

"But, what I will say is he does believe, and I think, we can improve upon the House product … and get a bill that is more workable for the American people," Thune added.

The Associated Press first reported Trump's comments, citing two GOP congressional sources who received accounts of the lunch and spoke on condition of anonymity to reveal a closed-door conversation.

The AP's sources said the president did not specify what aspects of the bill he was characterizing as "mean."

"He thinks that the Senate can improve upon the House bill and that he likes the fact that the Senate is writing their own version," Thune told Fox News' Bret Baier. "What I think he conveyed to us was [a] sense of urgency [and] the need to get this done ... I think right now he’s kind of deferring to us and, frankly, that’s a good thing."

White House aides declined to talk on the record about Trump's words. One said, "We aren't going to comment on rumors about private conversations that may or may not have happened."

In an embarrassing retreat, House Speaker Paul Ryan, R-Wis., had to abruptly cancel a March vote on the House measure after a revolt by Republican conservatives and moderates that would have ensured its defeat.

At the White House ceremony celebrating House passage, Trump and Ryan praised the legislation as the fulfillment of campaign promises Trump and GOP congressional candidates had long made to repeal Obama's 2010 statute.

Asked to comment on Trump's remarks about the House measure, Ryan spokeswoman AshLee Strong said, "Congressional Republicans, with President Trump's support, are working to repeal and replace this terrible Obamacare law that is harming Americans."

Meadows, who chairs the conservative House Freedom Caucus, said, "I have no knowledge of the president characterizing the health care bill in any other way than to suggest that we need to lower premiums and" protect people with pre-existing conditions.

MacArthur's office did not immediately respond to a request for comment on Trump's description of the bill MacArthur helped resuscitate. Just last weekend, Trump used his golf club in Bedminster, N.J., to hold a fundraising event for MacArthur that netted $800,000.

Trump had not publicly criticized the House bill previously. But in a May 28 tweet that raised questions about his intent, he said: "I suggest that we add more dollars to Healthcare and make it the best anywhere. ObamaCare is dead - the Republicans will do much better!"

After the meeting with senators, Trump flew to Wisconsin, where, for the second week in a row, he highlighted the stories of people whose health care premiums have increased -- people the White House has dubbed "Obamacare victims."

After meeting with two such couples after landing in Milwaukee, Trump pointed to "millions of American families" he said "continue to suffer from Obamacare while Congressional Democrats obstruct our efforts to rescue them."

Trump did not discuss the House GOP health care plan in any detail, but said the Senate is getting ready to do something.