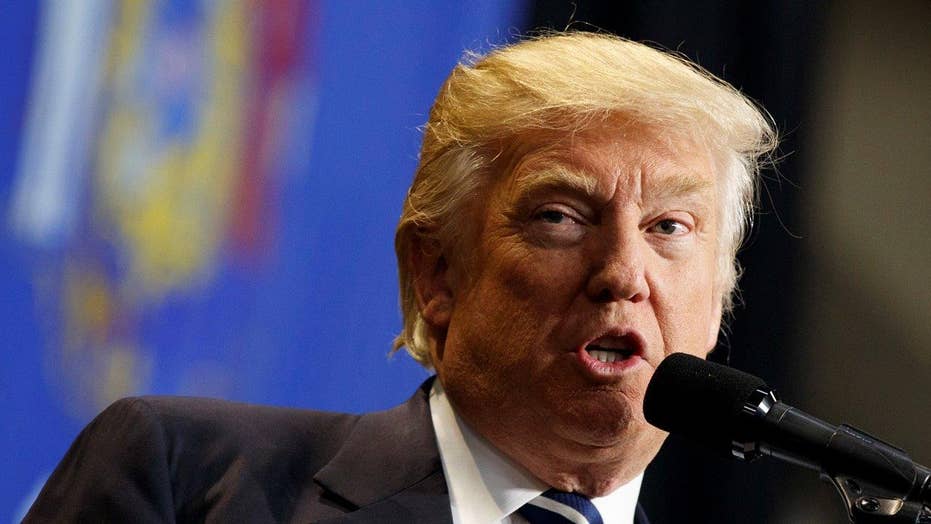 Inquiries from Donald Trump’s transition team to federal agencies about their work on hot-button issues like climate change and 'violent extremism' -- and about the staffers involved -- have spurred questions over what the incoming administration has planned for those programs.

His team, in the roughly seven weeks since the election, has posed such questions to the departments of Energy, State and Homeland Security.

Critics of President-elect Trump have suggested the inquiries are a sign his administration intends to gut key programs and punish the staffers involved. Republican defenders, though, say these concerns are overblown.

“The Democrats are trying to talk about anything other than their own problems, and currently they include stoking faux outrage about President-elect Trump rolling back women's rights and firing bureaucrats who don't agree with his environmental policy,” Republican strategist Joe Desilets said Wednesday.

The inquiries began earlier this month when transition team members submitted 74 questions to the Energy Department regarding climate change and other policy issues, including two about staffers who worked on President Obama’s climate agenda.

Energy officials have pledged to cooperate with the incoming Republican administration but didn’t provide the staffers’ names. The transition team hastily struck the questions, but not before a storm of criticism.

Max Stier, founding president of the Partnership for Public Service, which started the nonpartisan Center for Presidential Transition, told FoxNews.com that both sides handled the matter “appropriately” but that the personnel questions were “unusual and unsettling.”

The transition team did not respond for a request for comment.

The Los Angeles Times also reported that the team has inquired with the State Department about gender-based programs, asking about “staffing, programming and funding,” including those started or championed by Hillary Clinton when she ran the department.

Stier said the inquiries from Trump’s landing team at the State Department about spending and other matters such as this are not unusual.

“Questions about the policy landscape are entirely legitimate,” he said. “It’s a different kettle of fish.”

Aside from recent tensions regarding the Obama administration’s latest confrontation with Israel, Trump and Obama largely have maintained a cordial relationship since the election. The two met at the White House in November. And the president has pledged cooperation to help ensure a smooth transition for the incoming administration, ahead of Inauguration Day on Jan. 20.

Climate change – which holds that the earth’s gradual warming is a result of human activity including the burning of fossil fuel -- has been called a “hoax” by Trump.

Though his transition team withdrew the personnel questions to the Energy Department, two influential House Democrats still submitted their objections.

State Department spokesman John Kirby later characterized the requests to his department as “normal” questions about how an agency “is staffed, it is manned and it is resourced.”

“Nothing that I’ve seen and nothing that we’re aware of falls outside the lines of what would be a normal,” he said.

Reuters, meanwhile, reported that the team also has asked the State and Homeland Security department for the names of officials working on efforts to counter “violent extremism.”

Reuters reported that some career officials were concerned about what the incoming administration would do regarding those programs.

During the presidential campaign, Trump vowed to fight radical Islamic terrorism and frequently criticized Obama for avoiding the term “radical Islam” to describe the Islamic State and other such terror groups.