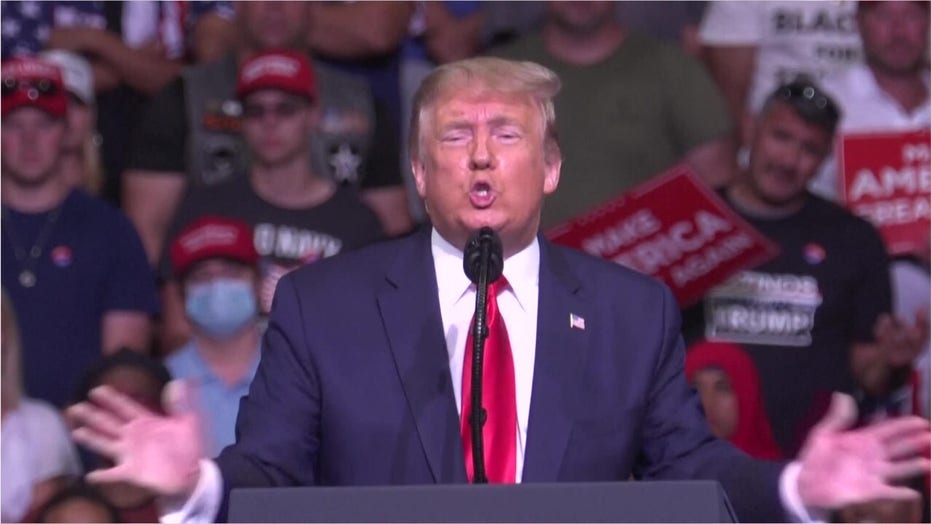 President Trump started a war of words with Joe Biden's presidential campaign on Twitter. According to the president's tweet, he expects to win the votes of 'suburban housewives' over Biden, a voting bloc he thinks will help him win the election come November.

President Trump said Wednesday the "suburban housewife" will vote for him over his presumptive Democratic rival Joe Biden -- citing his administration’s efforts to roll back an Obama-era low-income housing regulation that he says Biden would “reinstall... in a bigger form.”

“The ‘suburban housewife' will be voting for me. They want safety & are thrilled that I ended the long running program where low income housing would invade their neighborhood,” he tweeted.

“Biden would reinstall it, in a bigger form, with Corey [sic] Booker in charge,” he said.

He was referring to the Obama-era 2015 Affirmatively Furthering Fair Housing regulation, which required local jurisdictions to assess and address racial and economic disparities. The Trump administration suspended the rule and last month moved to abolish it.

An explainer on the Department of Housing and Urban Development (HUD) website said the program’s goal is “replacing segregated living patterns with truly integrated and balanced living patterns, transforming racially and ethnically concentrated areas of poverty into areas of opportunity, and fostering and maintaining compliance with civil rights and fair housing laws.”

Biden, meanwhile, has stood by the regulation and has promised to abolish zoning regulations that limit the housing supply and keep house prices up in some areas. 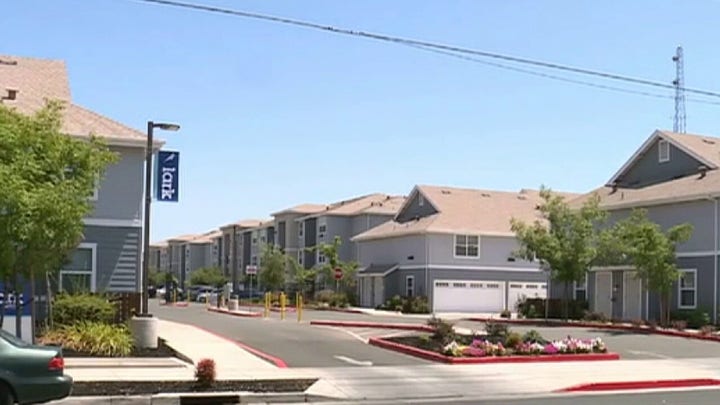 “Exclusionary zoning has for decades been strategically used to keep people of color and low-income families out of certain communities,” Biden said in his plan.

His language in his plan borrows from a bill introduced by Sen. Booker, D-N.J., that would withhold federal funds for community development and transportation infrastructure from localities that don’t reform their zoning regulations to allow for more housing to be built.

His plan would also expand the use of Section 8 housing vouchers, enact laws to prohibit landlords from discriminating against those who pay with vouchers and establish tax incentives to build affordable housing.

The Biden campaign on Wednesday responded to Trump's tweet.

"Donald Trump's presidency is melting down after his failed, divisive, erratic leadership has cost over 160,000 American lives, tens of millions of jobs, and left the United States the hardest-hit country in the world by COVID-19," Rapid Response Director Andrew Bates said.

"As he struggles in vain attempts to tear the American people apart and distract the country from his devastating mismanagement with clumsy, bigoted lies, he's only further discrediting himself -- and proving that he's dumbfounded after Joe Biden's selection of a strong running mate who he himself said not two weeks ago would be a 'fine choice,'" he said.

Trump has repeatedly in recent weeks used the debate over housing to accuse Biden of wanting to destroy suburban communities -- rhetoric that his critics have accused of being racially charged.

“Your home will go down in value and crime rates will rapidly rise,” Trump said in July. “People have worked all their lives to get into a community, and now they’re going to watch it go to hell. Not going to happen, not while I’m here.”